You don't want to start your benefits early because of it.

Claiming Social Security at 62 would mean taking a large benefits cut compared to waiting until later to claim benefits. There are circumstances where this makes sense, such as if you have serious health issues and don't expect to receive benefits for long.

Unfortunately, some future retirees may be motivated to start getting benefit checks early because of a common misconception. That could be a mistake they come to regret -- especially as they learn the truth over time. You don't want to be one of these Americans, so make sure you don't claim Social Security at 62 for this terrible reason. 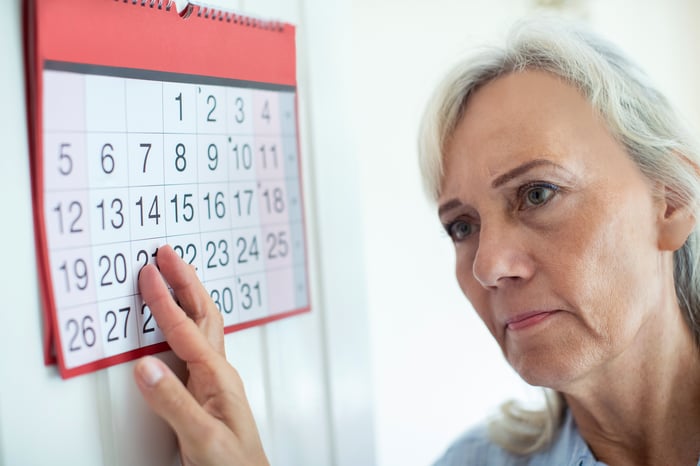 One of the big mistakes Americans make regarding Social Security is assuming the program will go bankrupt and won't provide them with any benefits.

If you're not yet retired and are among the quarter of Americans who fear this fate, you may be planning to claim Social Security at 62. After all, that's the earliest age you can get benefits and you may figure it's best to start your checks ASAP while there's still money left.

The reality, however, is that Social Security cannot go bankrupt under its current funding structure. It receives constant income from payroll taxes charged on current earners. Unless lawmakers decide to suspend this funding source -- which is extremely unlikely -- or people across America stop working, money is always going to be available to pay current retirees.

If lawmakers didn't act to shore up Social Security, the depletion of the trust fund could result in a 22% cut to retirement benefits. But the operative word there is if. Social Security is one of the most popular government programs in modern history. Previous attempts to reduce benefits or modify the program have been met with strong condemnation such that politicians are extremely unlikely to allow a major cut to benefits to happen.

Now, it's possible lawmakers will put some type of benefit cut in place when they eventually act to stabilize Social Security's finances. But, if that happens, it's likely to phase in over a very long time. That's what occurred when full retirement age was changed by Social Security amendments in 1983. So, in this scenario, you'd likely have many years of ample warning if benefit changes were going to affect you.

The bottom line is, you don't want to shrink your own benefits by claiming them at 62 because of a misguided belief the government is going to take them away from you. By claiming early, you'll be guaranteeing yourself exactly the type of benefit cut you're afraid of -- and likely without reason, as Social Security's future is very secure.