Please ensure Javascript is enabled for purposes of website accessibility
Free Article Join Over 1 Million Premium Members And Get More In-Depth Stock Guidance and Research
By Leo Sun - Oct 12, 2021 at 6:35AM

Impinj, Adyen, and Airbnb could all be great reopening plays.

The pandemic generated tailwinds for many tech stocks in the e-commerce, cloud, gaming, and remote work markets last year. However, many of those stocks stalled out this year as infection rates declined, vaccination rates rose, and more businesses reopened.

As that market sentiment shift continues, investors should pay more attention to tech stocks that should benefit from those reopening trends instead. Let's take a closer look at three of those companies: Impinj ( PI -6.78% ), Adyen ( ADYE.Y -2.43% ), and Airbnb ( ABNB -1.68% ). 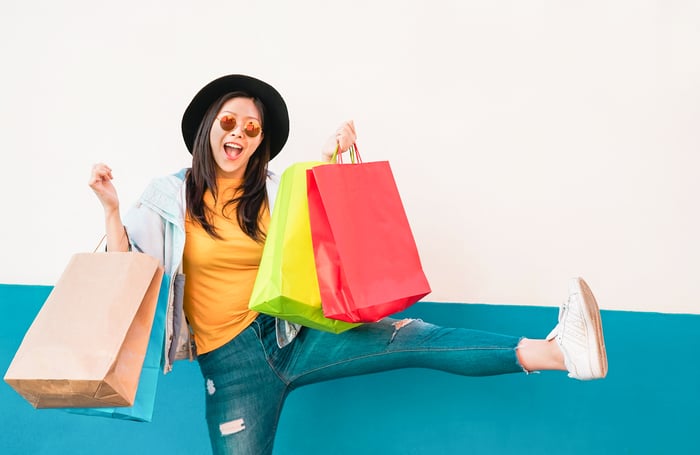 Impinj is a leading maker of radio frequency identification (RFID) chips, software, and readers.  Before the pandemic struck, Impinj's sales were booming as companies used its RFID chips to modernize their businesses, optimize their supply chains, and connect their infrastructure to the Internet of Things (IoT). Retailers also used its chips to track their products and sales trends to compete more effectively against e-commerce giants like Amazon.

Impinj's stock trades at just seven times this year's sales, which makes it cheap relative to other tech stocks with comparable growth rates. Its low enterprise value of $1.3 billion also makes it a lucrative takeover target for larger tech companies that want to enter the RFID market.

Adyen, the European digital payments company that pulled eBay away from PayPal ( PYPL -1.72% ), suffered a slowdown during the pandemic as many brick-and-mortar businesses shut down. Adyen is more dependent on in-store transactions than PayPal, and it doesn't sell any cryptocurrencies or provide peer-to-peer payment services like PayPal and Square ( SQ -5.64% ).

But in the first half of 2021, Adyen's revenue and EBITDA rose 46% and 65%, respectively, from the first half of 2020. Its growth accelerated again as more businesses reopened and it didn't need to rely heavily on lower-margin Bitcoin sales -- as Square did -- to weather the storm. Adyen also recently partnered with Australia's Zip to provide BNPL (buy now, pay later) services for its merchants. That partnership mirrors similar moves at PayPal and Square in the growing BNPL market.

Analysts expect Adyen's revenue and net income to rise 46% and 77%, respectively, for the full year. The stock isn't cheap at over 100 times forward earnings, but its long-term growth potential and resilience arguably justify those higher valuations.

Airbnb boldly went public last December as the pandemic battered its short-term rental business. Its numbers in 2020 were predictably ugly: Its revenue plunged 30% to $3.4 billion, its booked nights and experiences tumbled 41%, and its gross booking value (GBV) dropped 37%. It also ended the year with a negative adjusted EBITDA and a net loss.

But in the first half of 2021, Airbnb's business recovered as COVID-19 restrictions were relaxed and more people traveled again. Its revenue jumped 89% year over year to $2.2 billion, its booked nights and experiences increased 73%, and its GBV soared 137%.

Its net loss narrowed year over year in the first six months, and its adjusted EBITDA turned positive again in the second quarter. Analysts expect Airbnb's revenue to rise 68% this year, with a much narrower net loss.

Airbnb still faces regulatory hurdles, such as restrictions on short-term rentals, in many countries. It also faces competition from hotels and online travel agencies, which have started to offer cheaper accommodations and their own short-term rentals to counter Airbnb.

Nonetheless, Airbnb still enjoys an early-mover's advantage in its market, and it could continue to expand as the pandemic passes. Its stock might initially look expensive at 19 times this year's sales, but that premium could be justified if it remains the market leader in decentralized short-term rentals.

Why This Disruptive Tech Stock Is Still Worth Buying

3 Reasons to Buy Airbnb -- and 1 Reason To Sell