Please ensure Javascript is enabled for purposes of website accessibility
Log In Help Join The Motley Fool
Free Article
Join Nearly 1 Million Premium Members And Get More In-Depth Stock Guidance and Research
By Will Healy – Oct 12, 2021 at 8:00AM

These two retail stocks have just begun to realize their potential.

New investors may not think $1,000 is a lot to start investing with, but that amount can take one further than some might think. For example, $1,000 invested in the 1992 initial public offering (IPO) of Starbucks would hold a value of about $410,000 today and yield investors almost $7,300 in annual dividend income.

Admittedly, most consumer discretionary stocks will not match that level of return. Nonetheless, companies like Etsy (ETSY -5.74%) and GrowGeneration (GRWG -6.43%) are retail stocks forging new markets that could deliver outsized returns over time. Let's take a closer look at why $1,000 invested in either of these two stocks has such potential. 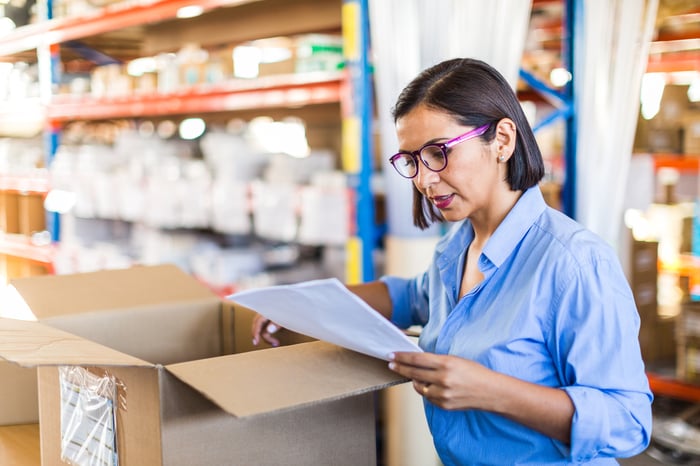 A casual observer might consider Etsy just another e-commerce site. However, it stands out from an Amazon or a MercadoLibre by building something that those sites do not -- a community.

Etsy only allows artisans, craft suppliers, and vintage goods retailers to sell on its site, and these types of sellers hold a common bond by providing unique goods. It also draws these sellers with other offerings, such as allowing them to list for as little as $0.20 in payment and transaction fees and a search engine Etsy designed to help buyers find specific products.

Moreover, Etsy has taken on an increasingly international focus, working to attract artisans from developing nations. To that end, the company bought Elo7 earlier this year, a company many regarded as the "Etsy of Brazil."

These attributes help make Etsy a great stock for beginner investors, and new stockholders can also benefit from the significant growth. For the first half of the year, revenue of $1.1 billion surged 64% compared with the first six months of 2020. Also, net income of $242 million climbed 122% over the same period. Lower interest costs and one-time tax benefits resulted in the higher-percentage net income growth compared to the revenue increases. 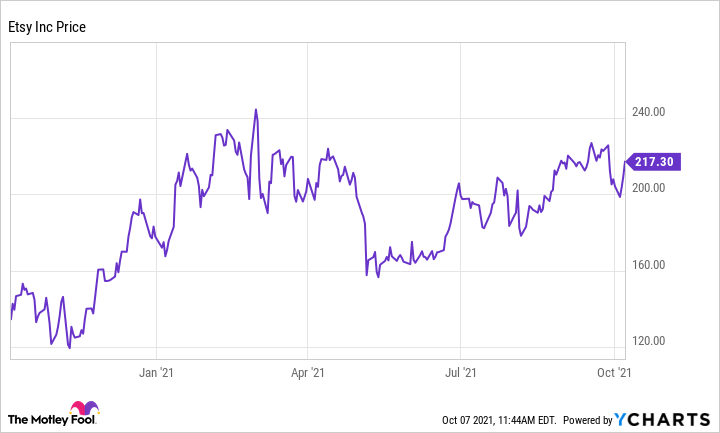 This higher revenue and income also helped Etsy's stock price rise by more than 60% over the last 12 months to approximately $217 per share, a price that fits into a $1,000 budget. and while a price-to-earnings (P/E) ratio of 63 may seem expensive to a new investor, nonetheless, the valuation provides an opportunity to learn how high growth can make a stock worthwhile even though its earnings multiple significantly exceeds the 35 average P/E ratio for the S&P 500. As Etsy's craft marketplace rapidly expands worldwide, new investors can profit even if they can only afford a small number of shares.

Admittedly, new investors may know little about GrowGeneration. However, the company has emerged as a leader for products in hydroponics, a segment supplying the emerging cannabis industry. It also specializes in private label products. These products allow GrowGeneration to offer more unique choices that a generalized retailer such as Home Depot lacks the shelf space to provide.

Moreover, retailers such as Walmart and Home Depot brought investors outsized returns in their journey from regional to nationwide retailing. GrowGeneration could do the same, as its current footprint of 62 stores between California and Maine places it on a path for a full nationwide presence. In a recent conference call, management stated a goal to have 100 locations by 2023 and open stores in all 50 states eventually.

Massive sales growth has pushed this rapid expansion. In the first half of the year, revenue of $216 million increased by 183% from the same period in 2020. Net income came in at $17.3 million for the first six months of 2021, up from $636,000 in the first half of 2020. The 121% rise in operating expenses meant expenses grew more slowly than revenue, allowing for the massive surge in that profit.

However, following this report, investors had higher expectations, which has forced the stock price down by approximately 50% since July. Now, at just under $25 per share, the market has priced shares within reach of investors who are just getting started. Also, its P/E ratio has fallen to around 85. While high, investors should remember that same-store sales grew 60% in the latest quarter, highlighting its need to expand. Its efforts to meet this demand will likely ensure GrowGeneration's stock growth for the foreseeable future.

Is This an Opportunity or Risk for Etsy Stock Investors?