This tech leader is ready to leave the rest of the industry behind.

Because the computer chip shortage gets so much attention -- and rightly so considering the impact it's having on broad swaths of the economy -- shares of chipmaker Nvidia (NVDA 2.84%) have been much more volatile than they otherwise might be.

Shares remain under pressure because even the most optimistic forecasts don't see equilibrium being achieved until the middle of next year, and that may be followed by a glut. Nividia's stock is down 10% from recent highs.

But that's good news for investors, because the chip shortage is a transitory situation and Nvidia should be able to capitalize on a number of trends already under way, especially when it completes its acquisition of chip designer Arm. That's why the chipmaker is my top tech stock to buy in October. 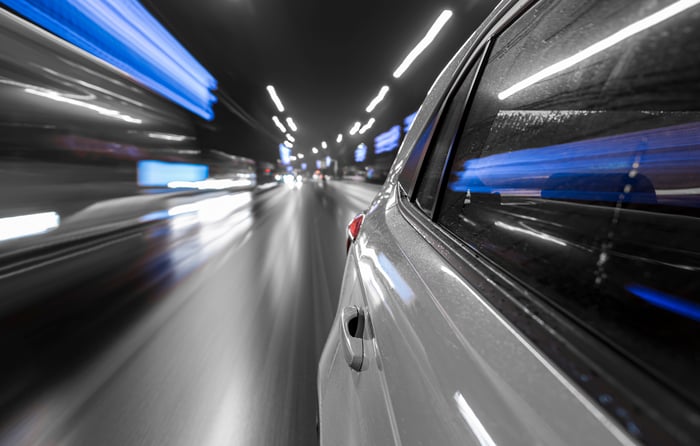 There is hardly an important technology market that Nvidia isn't targeting. Whether it's artificial intelligence or gaming, data centers or automobiles, Nvidia has its thumb in the pie and wants a larger slice.

It's arguably best known for its graphics cards, which make processing-intensive video games possible, but Nvidia is reinventing even that market. For example, it is using the deep learning super sampling (DLSS) technology it developed to make gaming even better and more immersive. By using DLSS, Nvidia is able to take low-resolution images and scale them up to high resolutions for display on high-res screens through the application of AI.

It's also developing best-in-class semiconductors for a broad range of uses. Its Nvidia Drive AV platform uses the computational power the company developed in gaming and amps it up through hardware and software to be able to apply it to autonomous vehicles (the "AV" in the platform). The platform also allows for continuous updates as the technology and safety needs of the vehicle evolve.

Nvidia is also deeply involved in developing software solutions, such as its Morpheus platform for using AI to allow for cybersecurity protection of data. It's just another way Nvidia is building on its competence in one area and using the learning it developed to enter and improve upon another. If it's able to close on its Arm acquisition soon (a decision from European authorities is imminent), the company will be able to deploy and enhance the chip designer's own specialties in mobile computing, data centers, and edge computing in more markets and in greater volume.

Jensen Huang, Nvidia's founder and CEO, said, "The future of computing is going to move further from the cloud to the edge. That is what Arm is fantastic at. Where we are fantastic is AI. So, imagine the possibilities in putting AI at the edge."

It's been over a year now since Nvidia first announced it was making the $54 billion purchase, but concerns over whether Nvidia would allow Arm to remain a neutral tech supplier when licensing intellectual property to customers and competitors -- despite assurances from Nvidia -- have held the deal up. It could be months longer if the EU chooses to seek more concessions from the chipmaker.

It's only going to get better

Analysts are forecasting Nvidia will grow revenue from $16.5 billion in 2021 to $51 billion in 2026, a better than 25% compound annual growth rate, while earnings are expected to grow even faster, or more than 26% annually, to $7.73 per share. Net profits are supposed to increase five-fold over that time frame.

So while the stock isn't cheap at the moment -- it trades at 45 times next year's earnings and over 80 times the free cash flow it produces -- considering the amount of growth forecast, in five year's time this semiconductor stock's current level could look like a bargain.