A banking executive might be causing the cryptocurrency to tumble today.

The price of Bitcoin (BTC -0.45%) is down 2.9% in the past 24 hours, according to Coinbase Global, and most of that drop has happened since 8 a.m. EDT today. Volatility isn't new for Bitcoin, but comments from JPMorgan Chase CEO Jamie Dimon might have been the reason for selling over the last few hours.

During a virtual appearance at the annual meeting for the Institute of International Finance, Dimon said that Bitcoin is "worthless" and a "terrible store of value." He also noted that his bank's clients are seeking out cryptocurrencies and finding ways to buy them, even if JPMorgan is not the custodian. 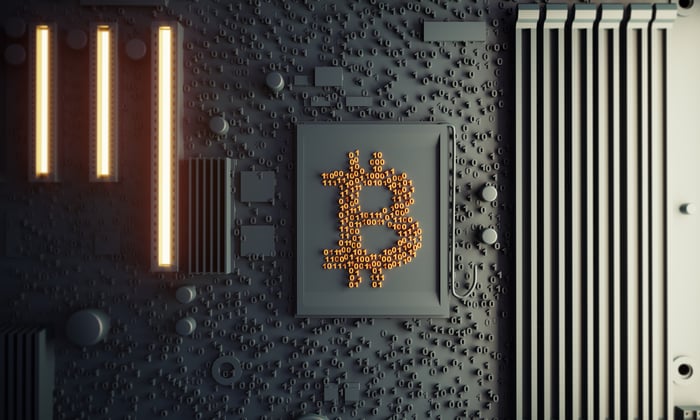 Dimon has been a well-known critic of Bitcoin since at least 2014 and called it a "fraud" as recently as 2017. Given his stature in banking and voice that many investors respect, it's certainly likely that the sell-off today was driven by Dimon's comments, although given his long-term bearishness, the market can certainly prove him wrong.

Crypto investors know by now that volatility comes with the territory for most cryptocurrencies and Bitcoin is no exception. But if we zoom out, Bitcoin is up 12.9% in the past week and 23.1% in the past month, so the decline today is just a small pullback from those gains. I wouldn't read too much into today's move, despite Dimon's comments. Chalk this up as a normal day of volatility in the world of cryptocurrency.

JPMorgan Chase is an advertising partner of The Ascent, a Motley Fool company. Travis Hoium has no position in any of the stocks mentioned. The Motley Fool owns shares of and recommends Bitcoin. The Motley Fool has a disclosure policy.