If the latest short-seller attack on Ginkgo Bioworks has you nervous about synthetic biology, consider the industry leader.

The honeymoon for newly minted Ginkgo Bioworks (DNA 0.51%) shares recently came to an abrupt end, and it didn't take long. The synthetic-biology start-up just made its stock market debut in mid-September.

Propelled by Cathie Wood's endorsement, Ginkgo's stock market valuation reached $15 billion before the bottom fell out. A short-seller who stands to gain a great deal if the stock implodes knocked the stock off its perch recently, with a report that highlighted the company's reliance on related-party transactions.

Amyris (AMRS -1.11%) is a well-established synthetic-biology company that doesn't get half as much attention as Ginkgo Bioworks. It probably won't provide much drama, but it could push your portfolio into the clouds over the long run. Here's why it should be at the top of your list of growth stocks to buy. 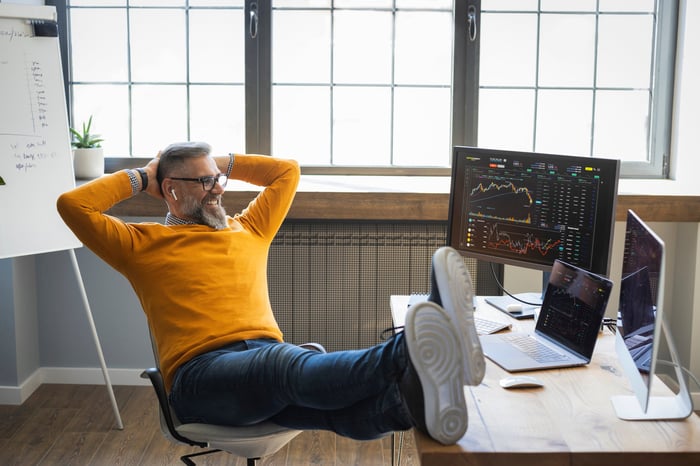 Synthetic biology probably isn't what you think it is

If you read through Ginkgo Bioworks' investor presentations, it might seem like synthetic biology is something new. It isn't. Humans have been employing microorganisms to make high-value ingredients longer than we've had the means to write about it.

Inserting genetic material into microorganisms to produce ingredients that those microorganisms wouldn't produce naturally is a lot more complicated. Still, we've been doing that since 1978, when Genentech (currently part of Roche Holdings) coaxed bacteria into producing insulin.

Getting a microorganism to produce something useful isn't the challenge anymore. These days, manufacturing at a scale that allows for profitability is the hard part. There's a dearth of giant fermentation vats around the globe, and even fewer skilled workers who know how to run them efficiently.

In other words, Ginkgo could be the best around at selectively breeding organisms that excrete high-value ingredients, but still post losses into eternity.

Amyris is miles ahead of Ginkgo Bioworks

Founded in 2003, Amyris is only six years older than Ginkgo. Amyris' operation, though, is much further ahead than the calendar suggests.

Years ago, the company learned the hard way that synthetic-biology companies can't rely on third parties. Amyris still manufactures high-value ingredients for clients. Producing ingredients for its own brands, such as squalane for Biossance, is far more lucrative. 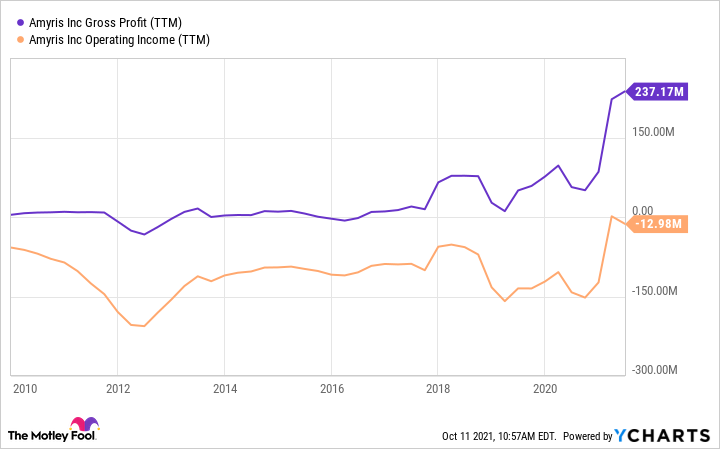 Biossance is already a hit, and Pipette, a new baby and family brand, will most likely follow. It was successfully launched in Target stores, and Walgreens intends to carry Pipette in 7,000 of its retail pharmacies next year.

Pipette is one of several recently launched health and beauty brands with two strong advantages. Its products are sustainably sourced and contain heaps of the good stuff that competitors typically ration out in tiny spoonfuls.

Amyris has a new manufacturing facility in Brazil coming online next year, so profit margins will most likely improve. Its advantage over Ginkgo Bioworks and a slew of synbio start-ups is strong now and getting stronger. The stock could bounce around for the next several quarters, but patient investors are going to come out miles ahead in the long run.