The gold stock will likely upgrade its 2021 guidance later this month.

Shares of Eldorado Gold (EGO -1.56%) took off today, jumping as much as 9.4% as of 1:50 p.m. EDT. The market is clearly impressed with the gold stock's preliminary third-quarter numbers and expects it to upgrade its full-year guidance on Oct. 28.

Eldorado Gold announced an 8% year-over-year jump in its gold production to 125,459 ounces for the third quarter, with production from its largest mine, Kisladag in Turkey, rising 16% and exceeding the company's forecast.

Today, National Bank also raised its price target on Eldorado Gold to 18 Canadian dollars per share from CA$17.50 a share. 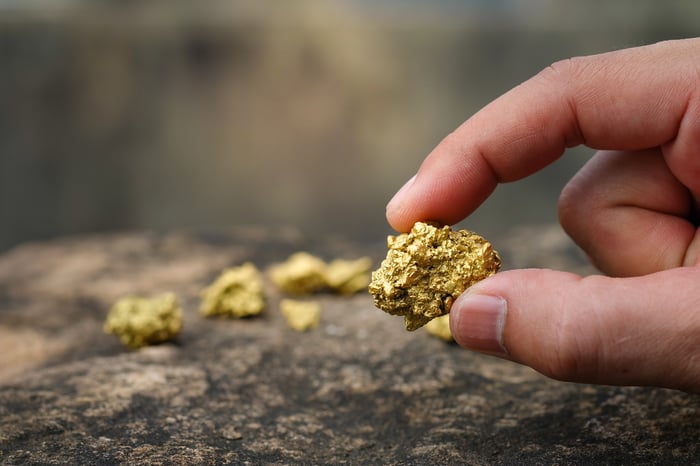 Thanks to strong production in the nine months through September, Eldorado Gold said it is reviewing its previous full-year production guidance and will provide an update during its earnings release later this month.

For perspective, Eldorado Gold's gold production through nine months declined 9.6% to 353,268 ounces. The gold miner expected an even bigger drop, but stronger production from Kisladag in the third quarter thanks to operational improvements now means Eldorado Gold will likely be able to produce more gold this year than the 430,000 ounces to 460,000 ounces it projected earlier.

That's got the market excited and investors are bidding the gold stock higher today.

Exceeding production guidance is welcome, but investors in Eldorado Gold may want to pay greater attention to the progress in mines that Eldorado Gold was upbeat about when it stepped into 2021 -- the Skouries project in Kassandra mines, Greece, for example.

Earlier in the year, management stated, "Our focus in 2021 is on unlocking the compelling value at Skouries and throughout our portfolio." However, the company hasn't restarted the mine yet and is perhaps awaiting more approvals; management hasn't said anything about it yet. That's something investors may want to watch out for in the gold stock's upcoming earnings report.