Investors will want to pay attention to these comments that could help to drive membership growth over time.

Whether it's the smashing success of Squid Game, or the controversy surrounding Dave Chappelle's newest stand-up comedy special, Netflix (NFLX 3.74%) has been in the news a lot recently. For the leader in streaming entertainment, popular content is clearly still king and the magnet that has attracted 209 million subscribers.

In addition to its hit series, movies, and documentaries, co-CEO Reed Hastings just hinted at a new direction Netflix might embark on. Shareholders don't want to miss out on this revelation. 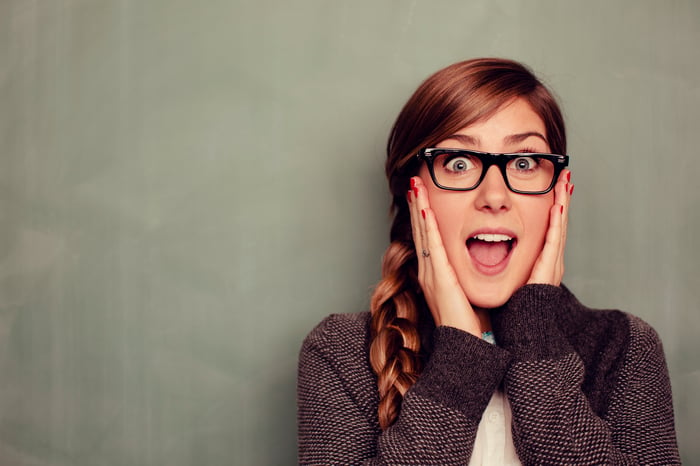 Racing to the finish line

In a recent interview with German news magazine Der Spiegel, Hastings highlighted an increased interest in sports programming: "A few years back, the Formula 1 rights were sold. At that time, we were not among the bidders, but today we would definitely consider that."

Formula 1 racing is one of the most popular sports in the world and features single-seater cars racing around tracks all over the world. The sport never had much in the way of American fans, but Netflix changed that. In March of 2019, the company released Formula 1: Drive to Survive, a popular series providing a behind-the-scenes look at Formula 1, including in-depth coverage of teams progressing through the ups and downs of their season.

Ferrari and Mercedes were two teams that weren't part of season one because they didn't want to expose their strategic secrets and competitive tactics to the rest of the teams. But with the ability to attract a new audience, they joined when season two began filming.

Because Netflix can't control the source, it hasn't touched live sports in the past. So this is a notable change in tone by the company. It makes complete sense, though, when you think of how the business has opened up the world to Formula 1 racing. Owning the streaming rights could be a natural extension of that expanding ambition. And from the perspective of the organization, the drivers, and the teams, favoring the massive Netflix platform over other distribution partners wouldn't be surprising.

Walt Disney's ESPN currently owns broadcasting rights to Formula 1 in the U.S. through 2022. If Netflix wants to make this push into sports, it will have to wait to do so. But regardless of whatever action Hastings decides to take, shareholders should cheer the company's open-mindedness to continue pushing the envelope and expanding its content offerings.

Netflix was the first to arrive at the streaming party, and that's why it's able to throw around ideas like this. Those previously mentioned 209 million customers afford Netflix the ability to pay $17 billion in cash on content in 2021 alone, which is far greater than other streaming companies. For a smaller competitor with fewer subscribers and a lower content budget, this just wouldn't make much financial sense.

Netflix can outspend rivals and bid on the best content, including top writers and producers, to keep its business flywheel accelerating. Gaining more members equals more revenue, which translates to higher cash outlays for compelling content. This in turn will attract more subscribers in a virtuous cycle. Netflix's scale and massive user base, coupled with the success of Drive to Survive, is where a sports franchise like Formula 1 would want to go. After all, bringing on new customers is the name of the streaming game.

These favorable characteristics bode well for the business and will propel it further over the next decade.