With a $350 million order placed, perhaps this company will finally be getting down to business.

Shares of newly public cryptocurrency-mining company Cipher Mining (CIFR 16.67%) started the week off with a drop but is ending the week with a pop. On Monday, the stock fell roughly 20%. But today, it's up roughly 8% on news that's it's getting some mining equipment -- useful for a company that wants to be mining.

Let's rewind. Good Works Acquisition Corporation was a special purpose acquisition company (SPAC). Like all SPACs, it went public to raise money to buy another company; it had no business operations of its own. Good Works decided to buy Cipher Mining in March, valuing Cipher Mining at an enterprise value of $2 billion, even though it was newly formed and, like Good Works, had no business operations at the time it went public. 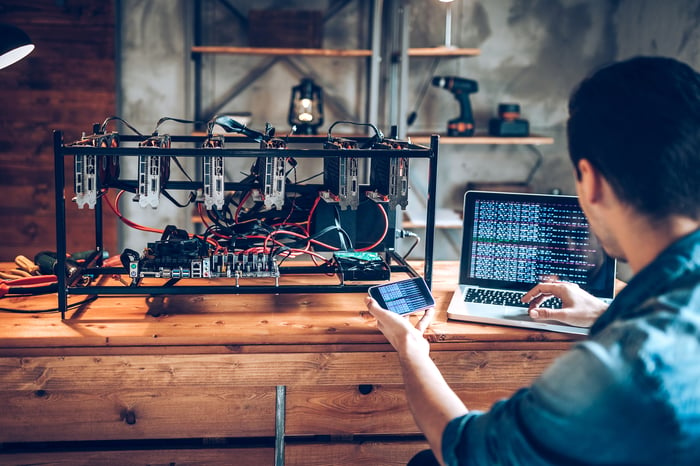 Needless to say this was an unusual situation; most SPACs merge with a company that at least has an existing business. SPACs don't just get money from going public -- they also get money from private investors who, in return, get a piece of the company. Looking at insiders, some shares were subject to a two-year lock-up period, but other shares were only locked up for 180 days. Sept. 1 was 180 days from the date of the business combination.

On Sept. 24, Cipher Mining filed paperwork with the Securities and Exchange Commission (SEC) on behalf of insiders to sell up to around 42 million shares of Cipher Mining stock. And it appears that at least some insiders took advantage of this, selling their shares and leading to the stock's big drop earlier this week. 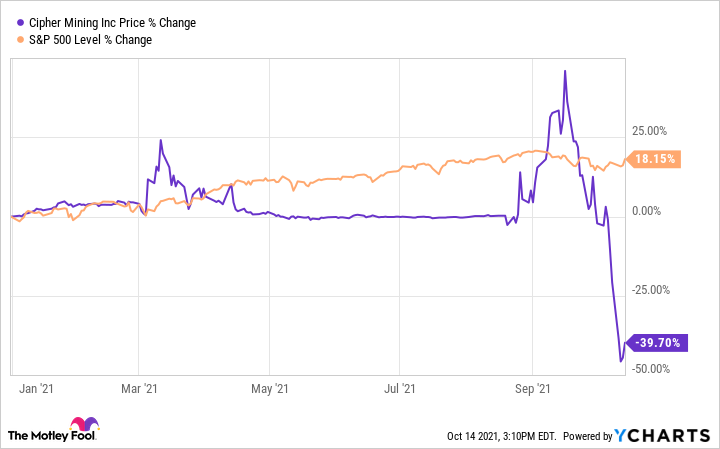 Year-to-date returns for Cipher Mining compared to the S&P 500. CIFR data by YCharts.

One good thing about SPACs is the cash they can provide to a company to grow their business -- or in the case of Cipher Mining, to get the business started. Yesterday, the company announced it's buying up to 56,000 next-generation mining rigs from Bitfury at a maximum price of $6,250 each.

In other words, this could cost $350 million. Fortunately, it received almost $600 million from the SPAC merger agreement.

The mining machines won't start to be delivered until June, so I see little reason to invest in Cipher Mining before then. After all, you want to buy stocks of companies that are good businesses, and we have no way of judging this company on its merits at this time.

There's a final point to make for those still interested in learning more about Cipher Mining. Consider that Bitfury was the company that started Cipher Mining in the first place, merged it with Good Works, and is now making money from it by selling it mining machines. This dynamic is unusual and would make me want to perform extra due diligence before investing.

Why Cipher Mining Stock Is Roaring Back This Week
405%