In the battle of the dogs, there is only one clear winner.

After what seems to be like a pump-and-dump scheme, the cryptocurrency Dogecoin (DOGE -4.37%) has been bid up almost 4,000% since the start of 2021 by meme-stock traders. This cryptocurrency, unlike other cryptos like Ethereum, has almost no real-world use, so Doge's price jump has been largely unreasonable.

What has also been quite irrational is the volatility of the Dogecoin stock price. Even though it is up nearly 4,000% today, it was up 12,000% in May. The likely culprit of its fall has been that the hype around Doge has fallen since its May peak. It is safe to say that the rises and falls of Doge's price are largely due to hype and trader sentiment, rather than fundamentals.

Observability platform Datadog (DDOG 2.91%), on the other hand, is a company that has plenty of real-world use cases. Its tools to help IT teams have proved to be extremely valuable, which is why investors should be dumping Doge in favor of Datadog. 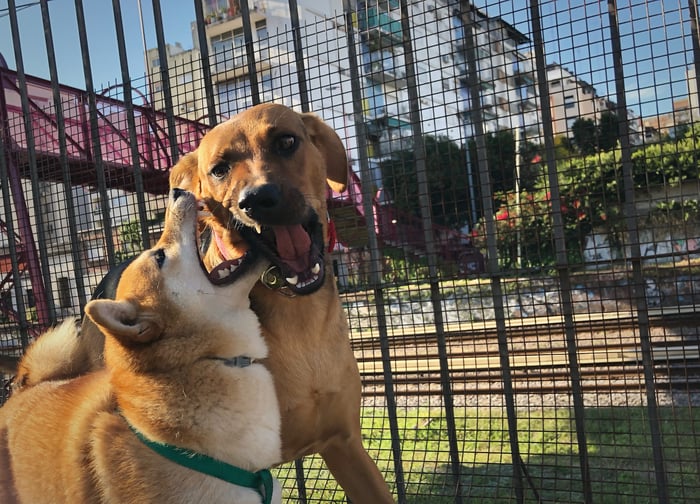 What does all of this mean? With software beginning to dominate the business world, IT and developer teams are beginning to drown in data. The software creates logs -- which are simply massive houses of data from the software about what it is doing at any given second -- all the time. Datadog sifts through these logs and breaks them down onto one screen, where teams can easily monitor many things like its infrastructure, application performance, user experience, and network performance.

This easy-to-understand view of the data allows teams to actually act on it -- which is the whole purpose of data! Most importantly, it allows IT teams to spot problems easier. If an application is not working, the IT team can easily spot that and fix it. Datadog's platform also spots trends and correlations in the data which allows its customers to take action by developing new applications. Another major benefit that Datadog provides is the ability to easily understand user behavior and track key business metrics. Because of all of these benefits Datadog provides, 16,400 IT teams have become customers.

Price growth for a reason

While Datadog's share price has not grown as fast as Dogecoin's price -- shares have increased roughly 58% since the start of 2021 -- its share price has risen for a reason, which cannot be said about Dogecoin. Datadog has had a stellar 2021, with its second-quarter 2021 earnings beating Wall Street expectations on both the top and bottom lines.

Datadog's gross margins for Q2 were 76%, and while the company had a net loss in Q2, it was very small -- representing just 4% of revenue. With its strong gross margins and a Q2 free cash flow of $42 million, the company could reach profitability very soon. The company reported strong guidance for its full-year during its Q2 earnings release -- raising its revenue guidance by 6% from the guidance it announced in the first quarter of 2021. This estimate -- which is for 2021 revenue to reach roughly $941 million -- would represent an increase of 56% from its 2020 revenue.

Gartner estimates that the IT operations management market is going to be worth $44 billion by 2024, and with just $764 million in trailing-12-month revenue, the company has just 1.7% of that market today. Even with over 16,000 customers, the company still has plenty of room to grow its customer base.

Additionally, the company is investing heavily in developing new services for increased observability. The company has invested $174 million in the research and development of new products so far in 2021. And with high loyalty within its customer base, its customers could adopt these products and dive even deeper into the company's product ecosystem.

The company's high valuation of 62 times sales is high when compared to many stocks in the application performance monitoring space. When compared to Dynatrace (DT -8.09%) -- a Datadog competitor trading at 29 times sales -- it is clear just how expensive Datadog really is.   This steep valuation might scare off some investors, but as a market leader -- according to Gartner's Magic Quadrant -- Datadog is rapidly growing revenue while its customers are spending more and more each year, giving some reason behind its price.

Datadog's share price has fluctuated much less than Doge's, so an investment in the company would likely provide much more stability to an investor's long-term portfolio than Doge would. When compared to a cryptocurrency with little real-world use, immense volatility, and irrational growth, it is clear that Datadog is the investment worth making out of the two.