FedEx (FDX -3.40%) has a 1.3% dividend yield, roughly in line with the S&P 500. Although it increased July's payment by $0.10 per share to $0.75, the board of directors doesn't raise dividends annually. Before the latest move, the last time it boosted payments was three years ago.

While it's not a bad dividend stock, you can find more appealing options. These three companies have regularly increased payments annually and have better-than-market yields. 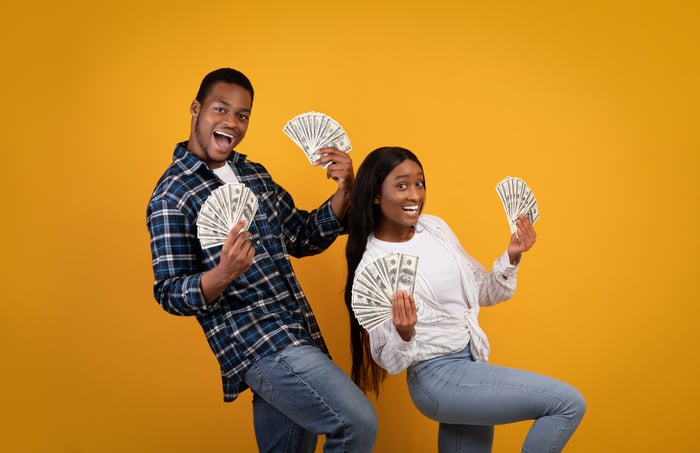 Coca-Cola's (KO 0.25%) greater than 3% dividend yield is more than double the S&P 500. If you like getting increased payments, the board of directors has given them out annually for 59 straight years, making the company a Dividend King. Undoubtedly, that's part of the reason Warren Buffett likes it so much.

Known for its soda, Coca-Cola has four out of the world's five best-selling brands. But it also sells other beverages, including water, juice, and plant-based drinks.

This is a nice, stable business that generates cash, and it rewards shareholders with ever-higher dividends.

Johnson & Johnson (JNJ -3.70%) is another Dividend King. It also has a 59-year streak after raising its quarterly payment in April by a nickel to $1.06. The dividend yield is a healthy 2.6%.

Johnson & Johnson is actually made up of three substantial businesses: consumer health products, pharmaceuticals, and medical devices. Collectively, they produced sales of $82.6 billion last year. Even better, the company generates plenty of free cash flow, including over $20 billion last year. This was nearly double the total it needed to cover its $10.5 billion in dividends.

While there were some hiccups last year due to the pandemic (including at its medical devices unit, since there were fewer elective surgical procedures), this year has proved to be better. For the first half of 2021, free cash flow was $7.9 billion, 43% higher than a year ago.

Typically, Johnson & Johnson's businesses do well in various economic climates. That's because it sells items like personal care products, including over-the-counter medicines and items for baby care; pharmaceuticals to treat a wide range of ailments, and medical devices to treat things like cardiovascular diseases and orthopedic problems. That provides me comfort that the company can continue producing free cash flow even if the economy turns downward.

Procter & Gamble (PG 0.31%) has an even more impressive dividend history than the other two companies. It has increased payments for 65 straight years, including a 10% hike earlier this year. The stock has a 2.4% yield.

The company sells well-known consumer goods in areas such as beauty and grooming. Brands include popular names such as Head & Shoulders, Gillette, Crest, and Pampers. With $76 billion in sales and $14.4 billion in profits, Procter & Gamble produced $18.4 billion of operating cash flow in its most recent fiscal year, which ended on June 30.

After subtracting capital expenditures of $2.8 billion, it easily had enough free cash flow to pay the $8.3 billion in dividends.

Procter & Gamble sells everyday necessities, and people won't pull back on spending on them during a recession. After all, they still need diapers, toothpaste, and deodorant.

Some may classify these three as boring stocks. However, there's nothing unexciting about consistent profits and a ton of free cash flow. Then, they reward shareholders by increasing dividends every year.

While FedEx is no slouch, it doesn't share the same dividend gravitas. For dividend-seeking investors, Coca-Cola, Johnson & Johnson, and Procter & Gamble are three attractive investments.