Bad news the company received today from the FDA surprised investors more than it probably should have.

Omeros (OMER 2.11%) stock is falling hard again for the second time this month. A complete response letter from the FDA for narsoplimab is the culprit today. Disappointed investors have pushed the stock 23.7% lower as of 11:43 a.m. EDT on Monday.

Omeros is a commercial-stage biopharmaceutical company that markets Omidria, a pupil-dilating drug used during eye surgery. Investors had a lot of hopes pinned to narsoplimab because Omidria sales rely on a tentative pass-through payment status that isn't very reliable. 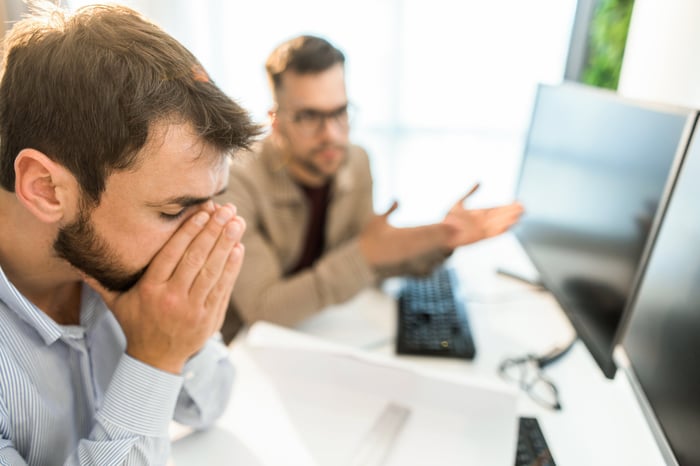 On Oct. 1, Omeros told investors that the FDA had identified deficiencies that precluded the discussion of labeling requirements. Investors had been hoping the FDA would request something simple, but that wasn't the case. The biotech stock is tumbling today because the agency asked for another trial.

There are situations in which employing a control group for the sake of comparison isn't practical. Stem cell transplant-associated microangiopathy isn't one of them. This is a dangerous side effect of stem-cell transplants that thousands of Americans experience each year.

Omeros has two more new drug candidates in clinical trials, OMS906 and OMS527. I wouldn't expect much from either of these. Both are potential first-in-class drugs the FDA cleared to begin clinical trials over a year ago, and neither is active at the moment. Despite plenty of time to move forward, the company hasn't registered a study for either candidate on the U.S. government's clinical trials database yet.