Coal stock Peabody Energy (BTU -2.32%) shot up Monday morning, having jumped as much as 20.6% as of 11:10 a.m. EDT after the market took a liking to the coal producer's preliminary numbers. A deeper dive into the numbers, though, reflects muted year-over-year growth, which means there was more to Peabody Energy stock's rally this morning.

The biggest number from Peabody Energy's preliminary results that caught the market's attention is its coal sales, which crossed $900 million during the quarter to levels last seen nearly seven quarters ago. 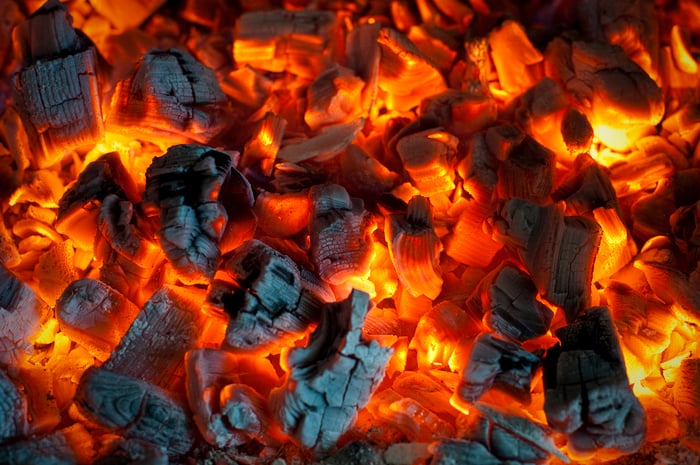 Yet Peabody Energy expects to report revenue worth only $670 million to $690 million, as it booked mark-to-market losses worth $238 million on coal hedges. That means the company expects to report growth of less than 3% in year-over-year revenue. Its net loss, though, could come in between $40 million and $60 million versus $67.2 in Q3 2020.

The loss on hedges also hit Peabody Energy's cash flows, and it repaid debt worth only $30 million in the third quarter and ended it with cash and cash equivalents of $587 million, only slightly higher sequentially but down 28% year over year.

Yet it appears the market isn't paying much attention to Peabody Energy's muted top-line growth or its losses as long as coal prices continue to rally.

Coal prices were already on the rise this year as economies reopened after pandemic-induced shutdowns, but the unprecedented power crisis in China and Europe sent coal prices to record highs last week. With the winter season approaching and other populous coal-producing nations like India also reporting a shortage, the commodity is unlikely to cool off anytime soon. And that seems to have added fire to the excitement already bubbling in Peabody Energy shares this morning. The optimism could hold until Oct. 28, when Peabody Energy releases its final third-quarter numbers.