An analyst at Bank of America downgraded the bank's rating on Core Labs from neutral to underperform. The analyst also reduced its price target from $36 per share to $32, about 5% above the recent price following the day's decline. The analyst wrote that the company has less operating leverage to the U.S. onshore market, where the bank sees meaningful upside in 2022. Because of that, Bank of America does not see a path to a near-term recovery for Core's reservoir description business. 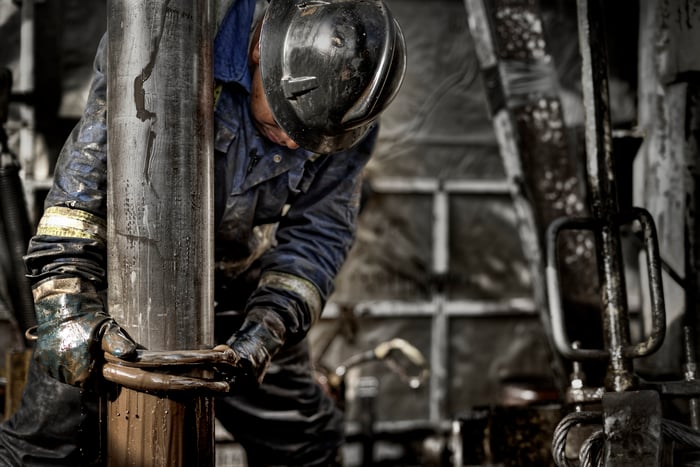 Core Labs' reservoir description business, which supplies two-thirds of its revenue, benefits primarily from international and offshore oil and gas activities. Overall, that segment generates 80% of its revenue from outside the U.S. That puts the company at a disadvantage in the current market, where Bank of America expects a near-term rebound in U.S. onshore activities. In contrast, international and offshore activities will likely lag. Because of that, Core Labs' financial results probably won't bounce back as quickly as those of oil-field service companies focused on the U.S. onshore market.

Core Labs has been a volatile stock this year, with shares rallying more than 75% at one point. Unfortunately, they've given back most of those gains (only rising about 15% after today's decline) because oil and gas companies aren't approving too many new international and offshore drilling projects, focusing instead on shorter-term onshore drilling. It's unclear when oil companies will be more comfortable boosting international and offshore spending. That uncertainty could continue weighing on the stock.