The jaw-dropping recent rally in the lithium stock is making some investors jittery.

Mid-last week, investment banking company Canaccord gave Standard Lithium stock a price target of CA$14 per share, up significantly from its previous price target of CA$9.25 a share, based on the company's preliminary assessment study for a lithium project released the previous day. 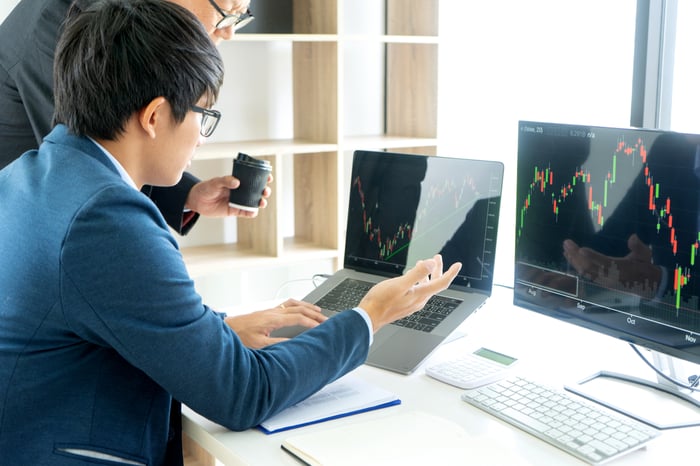 Standard Lithium's preliminary assessment revealed promising results, including potential operating cost of mine of only $2,599 per metric ton. Based on lithium hydroxide's current price of around $14,500 per metric ton, Standard Lithium projected it could earn a handsome internal rate of return of 32.1% on the project.

Standard Lithium shares soared after the analyst upgrade, hitting 52-week highs of CA$14 on Canada's Toronto Stock Exchange last Friday. And that's exactly the price point the stock started to reverse course from. It appears investors in lithium got wary after the stock's stunning rally this year, including in the past few days, as the stock crossed analyst targets within days. To give you another example beyond Canaccord's, Stifel upgraded its price target on Standard Lithium shares last Wednesday to CA$12.40 a share.

Aside from fears about how high can Standard Lithium shares go, there seemed to be no plausible explanation to the lithium stock's sudden Monday drop, especially on a day when two large global automakers made big bets on electric vehicles. As more EVs hit the roads, demand for lithium-ion batteries should rise as well. 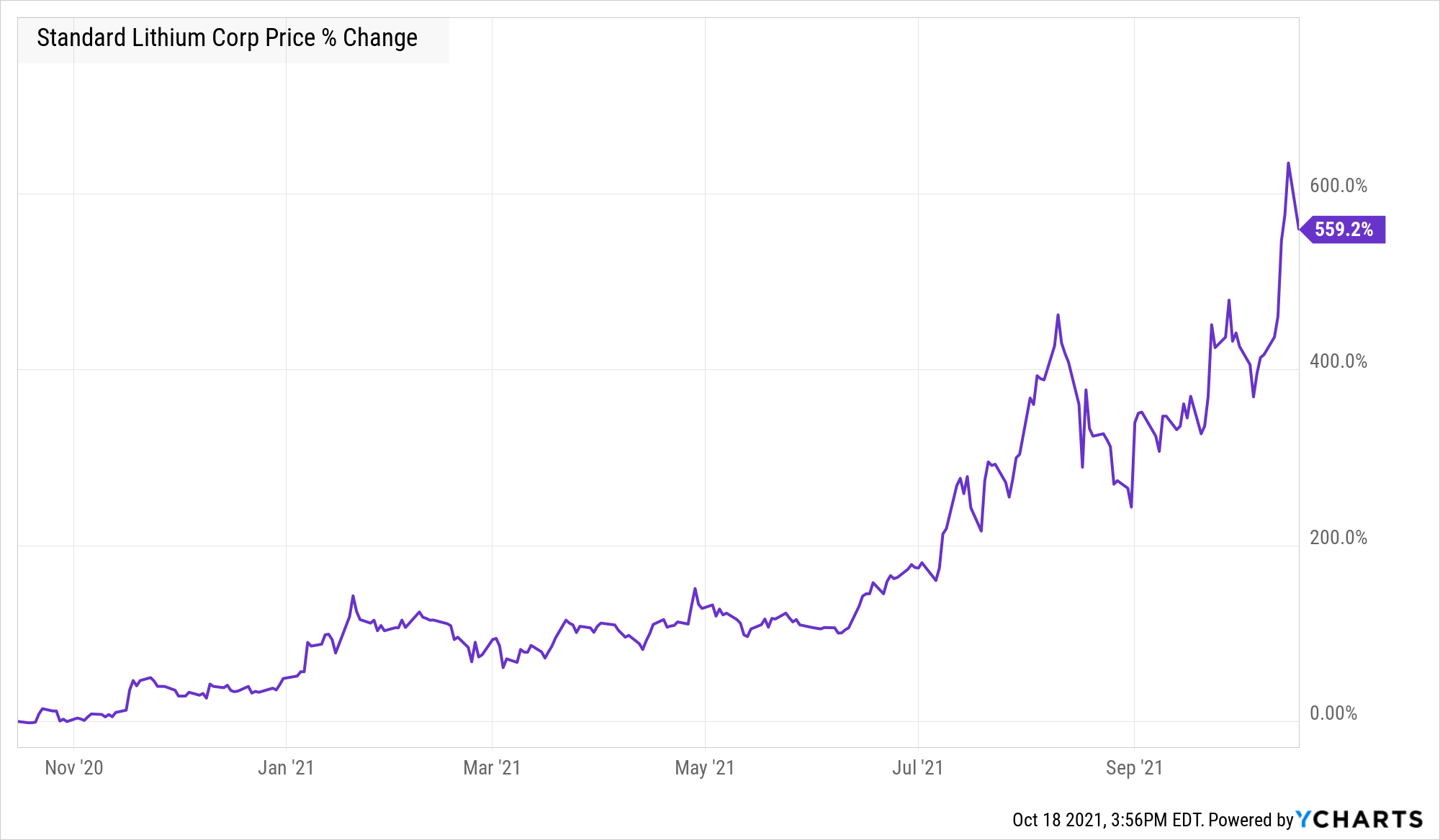 On Oct. 18, Toyota Motors announced an investment of $3.4 billion in batteries, including those used in EVs, through 2030. Toyota's plans include setting up an automotive battery plant as well as a new company in the U.S. that'll specialize in lithium-ion batteries.

Investors who've bet on Standard Lithium shares so far have purely bet on its prospects as the company is still in the process of starting its first brine-to-lithium plant and is far from production yet. That makes the stock a risky bet, which means investors need to be able to stomach the volatility that comes with such stocks. With Standard Lithium shares still trading at a high market capitalization of $1.4 billion as of this writing even after the stock's big Monday drop, expect a lot more volatility ahead.