Uranium stocks may not stop flying after the huge, unexpected development in the uranium industry.

Uranium stocks sizzled hot Monday morning after a huge development in the industry reignited heavy buying in stocks across the board. Here's how much some of the top-performing uranium stocks had rallied at their highest point in trading on Oct. 18, as of this writing:

Uranium stocks were unstoppable until last month when the world's first and largest physical uranium exchange-traded fund, Sprott Physical Uranium Trust (SRUU.F 0.12%), seemingly slowed its pace of uranium purchased from the spot market after an unstoppable spree since its inception on Canada's Toronto Stock Exchange in July. Aggressive purchases by the fund had sent uranium prices soaring.

The Sprott Physical Uranium Trust fund, though, sprang back to action this month. It announced two bulk purchases of uranium, on Oct. 5 and Oct. 8. That, coupled with news emerging from France and Japan about their intention to restart or build nuclear reactors, helped uranium stocks rebound last week.

None of those developments, though, can possibly match the significance of what just happened. 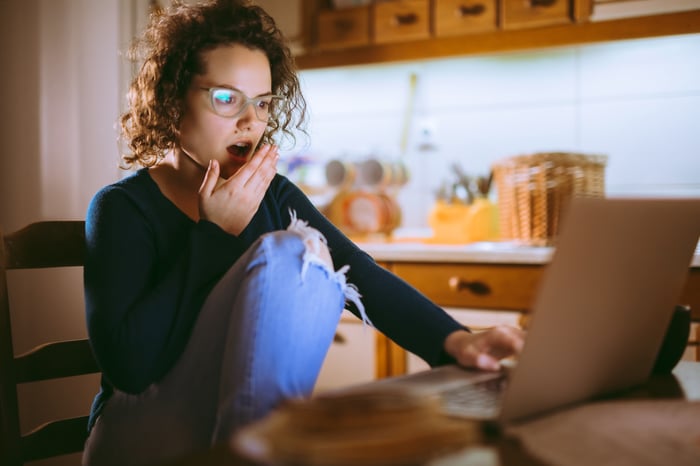 Monday morning, the world's largest uranium producing and marketing company, Kazatomprom, announced it will invest in ANU Energy, a new physical uranium fund to be established in Kazakhstan on the Astana International Financial Centre.

Explaining the rationale behind setting up a uranium fund, Kazatomprom explained: "[D]espite growing interest from a number of international- and regional-focused investors over the past several years, opportunities to gain exposure to the commodity have been limited to two uranium funds -- one trading publicly on the Toronto Stock Exchange in Canada and a second listed on the AIM Exchange (part of the London Stock Exchange) in London."

ANU Energy, therefore, is being established to provide uranium investors in emerging markets direct access to the red-hot commodity. ANU Energy is initially expected to raise $50 million, followed by funds up to $500 million which will be used to buy uranium.

So what does Kazatomprom's new uranium fund mean for uranium stocks?

As I mentioned, uranium prices rebounded after languishing for years only after the Sprott Physical Uranium Trust fund started piling on uranium in recent months. Now, while the Sprott fund is still at its job, there will be another fund, backed by none other than the world's largest uranium producer, to buy uranium as well.

All that buying should help lift uranium prices again, which tumbled below $40 per pound this month after rocketing to nine-year highs of $50.80 per pound in September.

The most important thing to understand here is that the world's largest uranium suppliers, Kazatomprom and Cameco, are still operating their plants significantly below full capacity to limit production, which means even as funds like Sprott and ANU Energy pump up demand, supply of uranium remains constrained.

In August, for example, Kazatomprom announced it'll extend its 20% production cut through 2023. Around the same time, Cameco said its production was "well below" its delivery commitments as it continues to keep its largest mine, McArthur River in Canada, shut, and buying spot uranium to meet deliveries.

This low-supply and high-demand environment is exactly what the uranium industry has waited for years for, and with things finally swinging in the industry's favor now, it's not surprising to see uranium stocks surging. The next big event investors in uranium stocks want to watch out for is Cameco's quarterly earnings, coming up on Oct. 29.