Shares of cryptocurrency exchange Coinbase Global (COIN 8.16%) gained ground on Tuesday following new partnership announcements with Facebook (META 2.47%) and the NBA. For Facebook, Coinbase will be offering support for its Novi digital-payments platform, which runs on cryptocurrency Pax Dollar.

According to CoinDesk, Coinbase has also secured a partnership with the NBA. Note that the NBA includes the WNBA and other basketball brands. Details about the partnership are slim. All we really know is that it's "multi-year" and that Coinbase will be creating "interactive experiences" tailored for NBA fans. Therefore, with not much to go on, this likely isn't a big driver for Coinbase stock today. 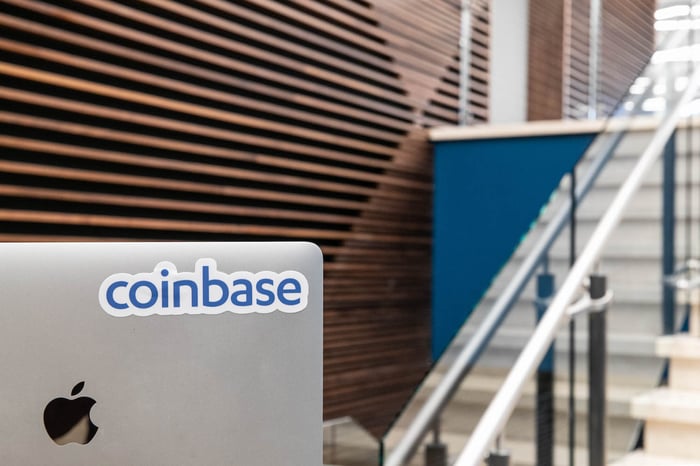 The bigger news for Coinbase is its deal with Facebook. Facebook is piloting a new digital-wallet product called Novi so its users can make digital, cross-border transactions. The funds deposited into Novi are converted into a stablecoin called Pax Dollar. Pax Dollar can then be sent to other parties and subsequently converted back into local currency.

Facebook needs a safe place to store Pax Dollars. Despite living on the blockchain, cryptocurrencies can still be stolen. To solve this problem, Coinbase offers custodial services to multiple partners, Facebook being the latest one.

Much has been made of Coinbase's revenue composition: 90% of its total revenue in the second quarter of 2021 came from fees charged to retail investors for trading activity. However, the company does have under-appreciated optionality for ancillary products in the cryptocurrency space, one of which is custodial services. In Q2, fees from custodial services were $31.7 million, an increase of 35% just from the previous quarter.

Coinbase still has a lot to prove. But if it can keep developing new revenue streams like it is with custodial services, then it could surprise a lot of people on Wall Street in the coming years.

What Do Tech Layoffs Mean for the Crypto Universe?
401%