While the market's enthusiasm for synthetic biology specialist, Ginkgo Bioworks (NYSE:DNA), was undeniable yesterday, investors seem less interested today despite the company announcing some interesting news. The stock soared more than 20% yesterday; however, it gave back some of those gains in today's session.

Shares of Ginkgo Bioworks ended the day down 7.1%, slightly less steep than the intraday drop of 11.5%. 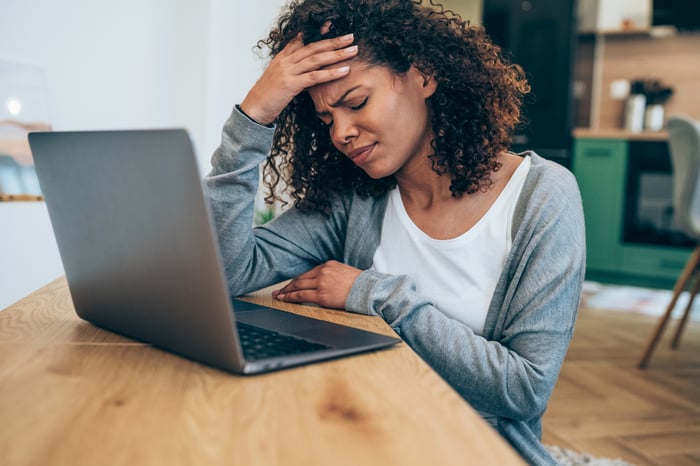 Although analyst upgrades and positive earnings announcements are usual suspects for sharp upticks in growth stocks like Ginkgo Bioworks, yesterday's movement was attributable to another catalyst: a hedge fund's vote of approval. According to Bloomberg, Baillie Gifford, an investment management firm located in Scotland, reported in a recent regulatory filing that it has a position in the company that's valued at more than $1 billion. Today, evidently, it seems that investors are concerned that the stock flew too high yesterday and can't sustain its lofty valuation. So they've chosen to take profits after the stock hit its highest price since its initial public offering (IPO) last April.

Evidently, the company's news regarding a new deal with the Texas Department of State Health Services to assist with COVID-19 testing services for elementary through high school-aged students couldn't convince the bears to stay away. Working with Quest Diagnostics, Ginkgo Bioworks will "provide support services, such as online reporting and site staffing, for the program through its K-12 school testing collaboration." Financial terms of the deal were not disclosed.

For those who are bullish on Ginkgo Bioworks, today's sell-off represents a good buying opportunity. The stock's drop doesn't reflect a fundamental concern that has emerged with the company. Instead, it's purely a reflection of investors' zeal with collecting profits. In fact, the deal in Texas is an encouraging sign. If Ginkgo Bioworks demonstrates proficiency in COVID-19 testing, it may be a harbinger of similar deals as other states look to implement testing regulations.