As the leading streaming service provider worldwide, Netflix (NASDAQ:NFLX) seems to always be in the spotlight. Its stock price has skyrocketed over the past decade, so naturally, investors can't seem to wait for any fresh updates on the trajectory of the business. Luckily, the company just released its latest quarterly numbers.

Here are three key takeaways from its third-quarter financial results that Netflix shareholders need to know. 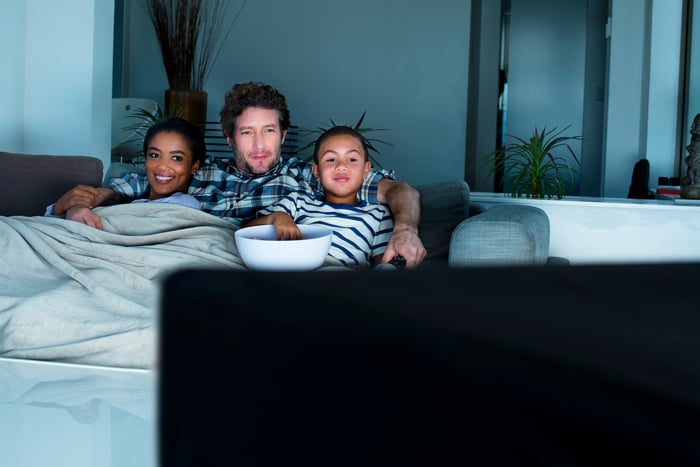 Of the 4.4 million subscribers that Netflix added during the third quarter, 4.3 million came from outside the UCAN (U.S. and Canada) region. For followers of the stock, this isn't much of a surprise. Netflix is making a big global push since domestic growth has hit a wall. In the second quarter, the business actually lost 430,000 customers in UCAN, while adding 1.5 million overall.

Netflix's international ambitions are being fueled by the monster successes of local-language content like La Casa de Papel (Money Heist in the U.S.), Lupin, and Squid Game. Each of these series has become wildly popular all over the world, supporting management's view that compelling stories transcend borders.

Greg Peters, COO, put it bluntly on the Q3 earnings call: "And we can see the opportunity there, whether it's seeing content like Squid Game or Lupin or La Casa de Papel, and we really want to just do that more and more and more."

The company is currently producing content in a whopping 45 countries. Major hits in places like Brazil and Denmark, plus upcoming releases this quarter in India, Italy, and Mexico, will result in continued growth overseas. Netflix is truly a global media business, thanks in large part to its competitive strength in producing great content.

2. There's a change in how content success is measured

And the way this content is measured going forward is getting a much-needed upgrade. For example, when Netflix says that 142 million member households watched Squid Game, it really means that 142 million accounts watched at least two minutes of the series in its first 28 days after release. Since viewers can obviously choose to stop watching whenever they want, it's easy to understand how this measurement can be misleading by overstating the real interest in the show.

Going forward, Netflix will report on the number of hours that its content is watched. "We think engagement as measured by hours viewed is a slightly better indicator of the overall success of our titles and member satisfaction," management pointed out in the Q3 shareholder letter. While this does shift the rankings a bit, favoring series that have multiple seasons and long episodes, it provides shareholders with more accuracy and transparency.

Peeling back the curtain even more, Netflix plans to release these metrics outside of its regular earnings releases.

During the fourth quarter of 2020, management claimed that Netflix no longer needed external financing to run its day-to-day operations, and this is still the case today. The company currently has $14.8 billion of long-term debt on its balance sheet, not a problem considering Netflix's market capitalization of $275 billion.

Additionally, the business is on track to generate a 20% operating margin for this full year. In the past, leadership has guided to a three-percentage-point expansion of the operating margin in any given year, so Netflix is definitely staying on track with that increase in profitability. And as far as free cash flow is concerned, after breaking even on this figure in 2021, management firmly believes that Netflix will be able to sustainably produce cash flow on an annual basis starting in 2022.

This is a dagger in the heart for Netflix bears who have been knocking the business on its cash-losing operation. But the company is finally turning the corner financially. And that means excess cash that can be given back to shareholders via repurchases, which Netflix started doing earlier this year.

It was a positive quarter for Netflix, and investors have a lot of reasons to be optimistic about this streaming leader.