Qualtrics International (NASDAQ:XM), the leader and creator of the experience management (XM) category, reported strong results for the third quarter of 2021 after the market close on Wednesday.

Shares surged 7.4% in Wednesday's after-hours trading. That pop is probably attributable to both revenue and earnings beating Wall Street's consensus estimates and management increasing full-year guidance on the top and bottom lines.

Through Wednesday's regular trading session, Qualtrics stock is up 44% since its initial public offering in late January, though nearly the entire gain came on IPO day, as the stock opened much higher that day than its IPO price. The S&P 500 index has returned 18.9% over this period. The IPO was a partial spinoff from German software giant SAP (NYSE:SAP), which maintained a controlling stake. 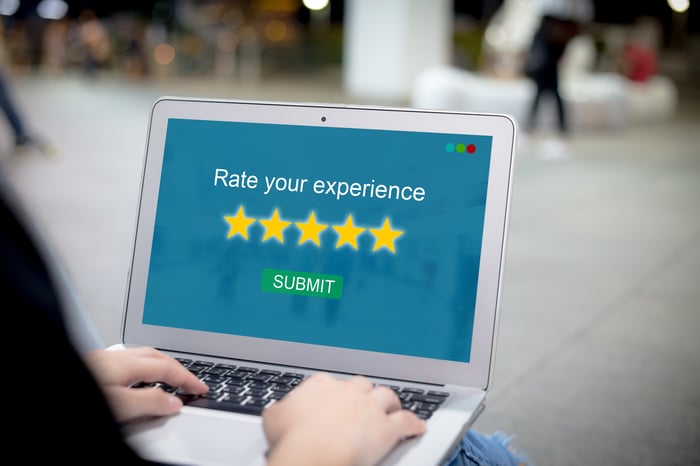 The adjusted numbers exclude $276.8 million in stock-based compensation expense and a couple of other small one-time items.

Revenue growth was driven by a 49% surge in subscription revenue to $220.3 million. On the earnings call, CFO Rob Bachman said the number of customers spending more than $100,000 in annual recurring revenue grew 38% year over year to 1,668 customers.

Bachman also said that Qualtrics' dollar-based net retention rate was 125%. This means that existing customers, on average, increased their spending on the company's offerings by 25% over the year-ago period.

Year-over-year revenue growth is accelerating. It was 36% and 38% in the first and second quarters, respectively.

The company eked out a positive operating cash flow of $410,000. It ended the period with cash and cash equivalents of $589.9 million and nearly $505 million in debt.

Wall Street was looking for an adjusted loss of $0.02 per share on revenue of $258.2 million, as outlined in my earnings preview. So, Qualtrics crushed both expectations. It also crushed its own guidance, which was for revenue between $257 million and $259 million, and an adjusted loss per share between $0.03 and $0.01.

Here's what CEO Zig Serafin said in the earnings release:

Q3 was another outstanding quarter for Qualtrics, and our leadership position has never been stronger as we continue to innovate and define the category we created. Companies in every industry are accelerating their experience transformations, and they're increasingly choosing Qualtrics to build critical relationships with their customers and employees.

For the fourth quarter, management guided for:

As it did last quarter, management raised its full-year 2021 guidance on the top and bottom lines. It now expects:

A stock worth watching

Qualtrics stock is worth watching. The company is rapidly growing revenue, and management expects it to be profitable from an adjusted basis for the full year. Moreover, subscription-based business models generate recurring revenue and have high profitability potential. Lastly, it's the first mover in the experience management space -- and first movers often have a lasting competitive advantage.

One potential concern is the fact that SAP owns a majority stake in Qualtrics, which means that Qualtrics' top management team isn't in total control of the company's strategy and moves. This isn't necessarily a negative, but it could be if the two companies' interests aren't well aligned.