2021 may go down as the year of the IPO -- unless it gets outdone in 2022. There have been 817 IPOs this year as of this writing, which far surpasses the previous record of 480 just last year. I've lost count of how many of these companies have the word "acquisition" in their name, which means they've been set up as SPACs, or special purpose acquisition companies. But many are just regular companies debuting on the markets, and some of them are names you'd recognize and possibly patronize.

Two well-known companies that recently went public are coffee shop chain Dutch Bros (NYSE:BROS) and eyeglasses maker Warby Parker (NYSE:WRBY). In their limited time in the markets, both stocks have started to climb. Do they have what it takes to keep it up? Let's see. 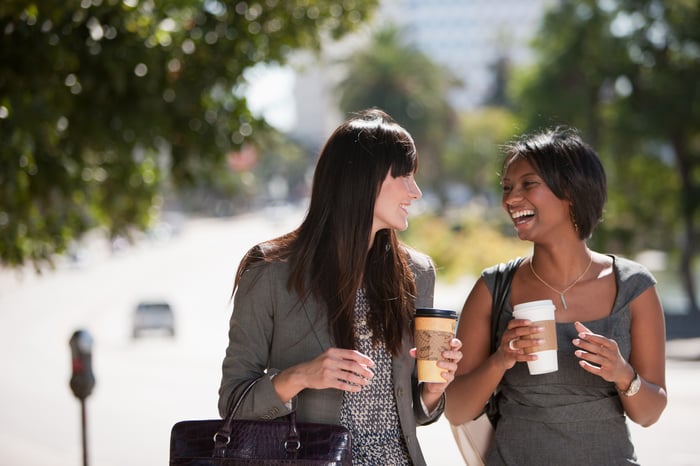 A good time and a coffee

It's hard to imagine any company offering a real challenge to coffee mega-chain Starbucks, which has more than 33,000 global stores. But it may not have to challenge the leader to be a viable, growing company with lots to offer customers and investors. That's where Dutch Bros comes in.

The Oregon-based company operates 471 stores in 11 states, serving hot and cold custom-crafted beverages in a Dutch-branded atmosphere. There's a drive-thru and music playing in every location, and a heavy focus on customer service with "greeters" taking orders in the drive-thru lane. Something that struck me about the company is that the "broistas" don't have a uniform but instead wear their everyday clothes, a mark of the camaraderie and community that the company believes it's building.

It's this differentiated model, along with its three-pronged approach of speed, quality, and service that's driving growth. 2020 revenue totaled $327 million, up 37% from a year earlier, and for the first six months of 2021 it came to $228 million, up 51% from the same period last year. And the company posted $5.7 million in net income in 2020. Many new growth companies aren't profitable, so that's a nice sign of a working model.

Management sees a long-term opportunity for 4,000 stores in the U.S. and is planning to open 250 stores over the next two years. That gives it plenty of room to grow.

The biggest risk I see right now for Dutch Bros is the hype. For a small company with fewer than 500 stores and less than $400 million in sales, it has a huge $3.2 billion market cap, and in a little more than a month on the market, the stock has soared. There's a lot of potential here, but investors may want to wait for now and keep this stock on their watch lists. 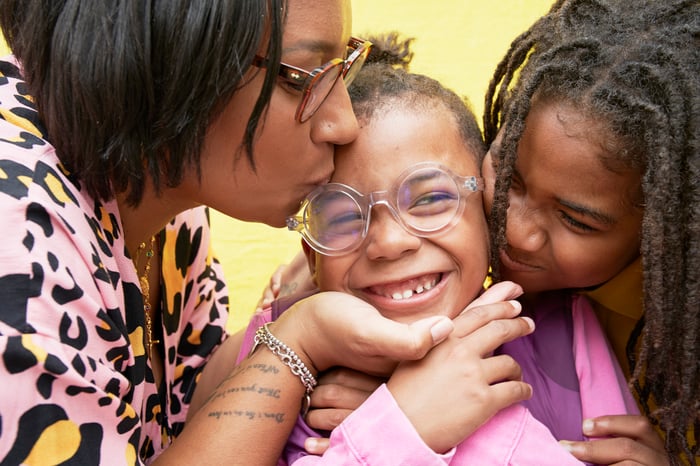 Warby Parker is an online eyeglasses seller that offers a simple and more affordable process for buying quality, designer eyewear. It opened its digital doors in 2010, meeting its first-year sales targets in three weeks, and has gone on to grow annual sales to $394 million in 2020.

The company has so many growth drivers that its continued success seems a good bet. According to the Vision Council, 76% of adults in the U.S. need some form of vision correction, and people get new glasses, on average, every two-and-a-half years. More screen time is contributing to more vision correction issues.

That means a lot of glasses sold. As of 2020, the U.S. eyewear market came to $35 billion -- and Warby Parker services about 1% of that, giving it a long growth runway. The company also has plans to expand globally and sees a total global addressable market of $140 billion.

The rise of telehealth and e-commerce is another opportunity as more people deal with vision correction digitally. The eyewear e-commerce market stands at 5% penetration, and Warby Parker's leading status in the industry gives it leverage in capturing more of that market share. At the same time, the company is also building a physical presence with 145 stores as of June 30.

Warby Parker's biggest risk right now is that it's not profitable -- although the loss is shrinking, from $10 million in the first six months of 2020 to $7 million in the first six months of 2021. It's still in active growth mode and may not become profitable for a while, but I find the growth story compelling, and the company should begin to post profits as it scales.

Warby Parker stock is up just slightly since it debuted on the market almost a month ago with a $6.4 billion market cap. This is another great stock to keep on your watch list.