A disappointing preliminary earnings report was the start of a bad week for this payment processor.

Shares of DLocal Limited (DLO -1.37%) dropped 22.4% in value week to date as of 2:54 p.m. EDT on Friday, according to data provided by S&P Global Market Intelligence. Earlier in the week, the company issued disappointing preliminary numbers for the upcoming third-quarter earnings report.

A few days later, it announced pricing for a secondary offering of common shares, which the market seemed to take as a sign that the stock's valuation is getting frothy. 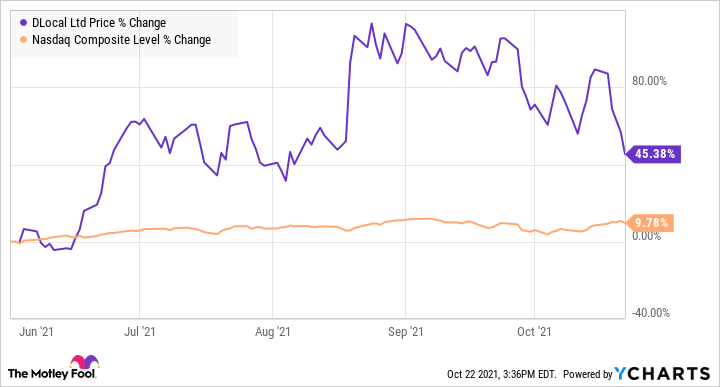 While the offering of 17 million shares could infuse DLocal with nearly $1 billion in cash that it could use to reinvest in growth, the stock sells for a high price-to-sales ratio of 102 even after this week's slide in the share price. This lofty valuation implies sky-high growth expectations for the fast-growing payments platform.

Investors placed a high value on the stock when it started trading after the initial public offering in June. Over the last year, DLocal saw its revenue growth accelerate from 48% in Q2 2020 to 186% in Q2 2021. However, growth is expected to back down to a range between 117% and 120% for Q3.

The stock looks particularly expensive relative to peers in the payments space. For example, MercadoLibre, the "Amazon of Latin America," reported revenue growth of 103% adjusted for currency in the second quarter but trades at a price-to-sales multiple of just 13.6. 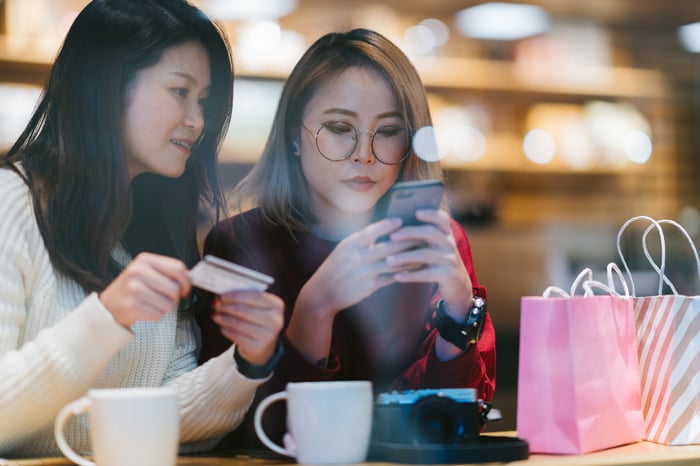 There are some good reasons why DLocal might deserve its rich valuation after all. It is in a solid long-term position as a leading payment processing service. One thing to love about the business is that it delivers high growth while remaining profitable -- a relatively rare and very valuable combination. Management expects to report a net profit between $18 million to $19 million for the third quarter.

On top of its profitability, DLocal is helping large merchants penetrate emerging markets, where the likes of Amazon, Microsoft, and Spotify Technology use its payment platform. These merchants depend on DLocal to make safe, fast, and compliant payments. Major corporations often take months to vet a platform like DLocal's to make sure it complies with security protocols and other regulatory requirements. This means DLocal is building a solid competitive moat as it continues to expand into new geographies and build out the technological capabilities of its service.