This social media company saw its share price rise in the wake of buyout rumors.

Shares of Pinterest (PINS 1.56%) shot higher on Wednesday when rumors surfaced regarding a potential buyout. According to various reports, PayPal Holdings is in talks to acquire the social media company at a valuation of $45 billion, or roughly $70 per share. While no official announcements have been made, Pinterest's stock price was still up 13.9% this week as of 9:45 a.m. EDT on Friday, according to data provided by S&P Global Market Intelligence.

Pinterest is a unique social platform. Rather than connecting people with friends and family, it blends visual search, media content, and artificial intelligence to connect people with products and ideas. And in recent years, management has taken steps to make Pinterest more shoppable, effectively transforming the platform into an e-commerce discovery tool. 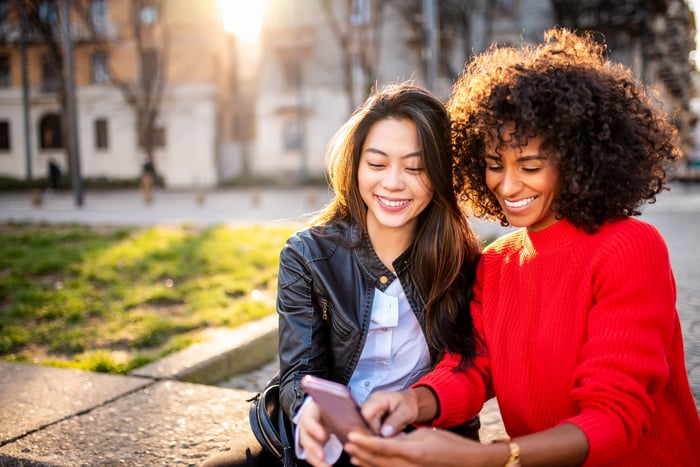 In that light, it is easy to see why PayPal is pursuing a deal. Like its acquisition of Honey in 2019, adding Pinterest to its portfolio would make the fintech company a more important part of the shopping journey, enhancing its value proposition to both consumers and merchants. More broadly, this deal would position PayPal as a key player in the rapidly growing social commerce space, an industry that is expected to generate $1.2 trillion in revenue by 2024.

So far in 2021, Pinterest has seen user engagement decelerate, and monthly active users actually declined on a sequential basis during the second quarter. Even so, revenue skyrocketed 125% to $613 million, evidencing its growing traction with advertisers, and Pinterest posted a positive profit under generally accepted accounting principles (GAAP) of $0.10 per diluted share.

For that reason, shareholders may not be thrilled by the news of a buyout. Pinterest has differentiated itself from other social media companies, and despite recent headwinds, management has the company on a promising path. But the rumored acquisition price values Pinterest at a 22% discount to its all-time high of $89.90 per share, a peak reached in February 2021.

Regardless, nothing is official yet. So investors should sit tight for the time being and wait for more concrete news.