Earlier this month, Merck (NYSE:MRK) announced it was ending clinical trials of its antiviral pill candidate for treating COVID-19, molnupiravir, on account of the potential therapy's high level of effectiveness. The pill could cut the risk of hospitalization or death by as much as 50%, and the company has wasted no time in applying to the U.S. Food and Drug Administration (FDA) for an Emergency Use Authorization (EUA) after terminating the trial.

That sure seems like great news, but investors will want to continue following closely to see how the application progresses as things don't always go in a straight line. Take Gilead Sciences' (NASDAQ:GILD) antiviral drug, remdesivir. At the start of the pandemic, it was also touted as a powerful intervention. But views on this medication now vary. Will Merck's drug follow a similar or better path? 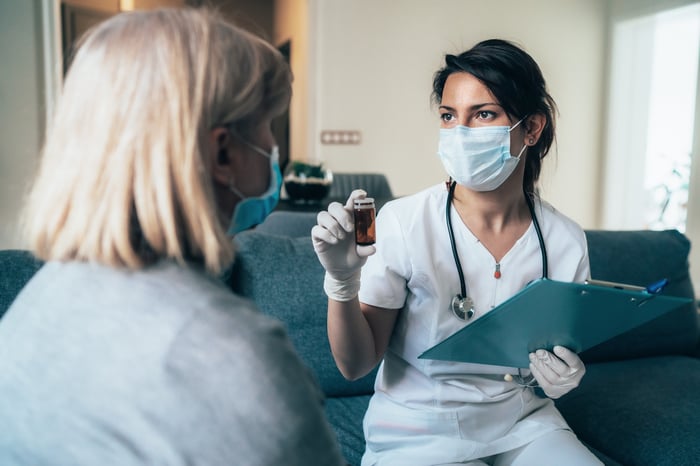 In October 2020, Gilead's remdesivir secured approval from the FDA, paving the way for its rollout in the U.S. As a result, Gilead expects to make at least $23.7 billion on remdesivir sales in 2021. Yet the company's stock has underperformed the market significantly since the start of 2020 when optimism about remdesivir was at its height. 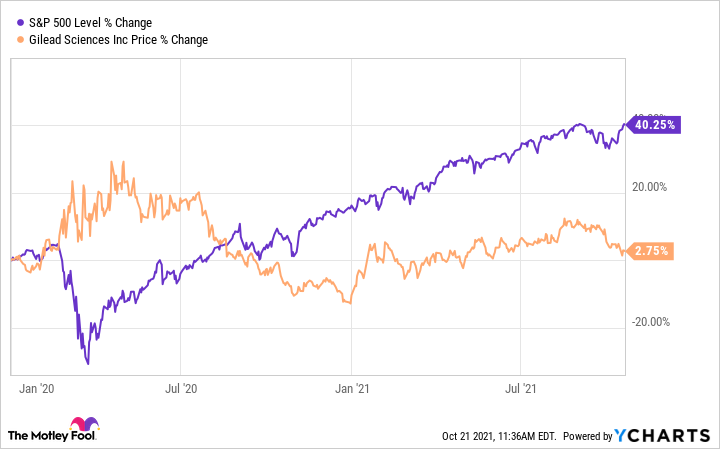 That may be due to a subsequent review by the World Health Organization (WHO). In November of last year, the WHO issued a conditional recommendation that the drug not be used to treat COVID-19, stating that "the evidence suggests no important effect on mortality, need for mechanical ventilation, time to clinical improvement, and other patient-important outcomes."

Such a ruling by a global health authority will likely depress remdesivir's global sales potential. In the first quarter of 2021, remdesivir sales accounted for $1.5 billion, down from around $2 billion in the last quarter of 2020. And by the second quarter of this year, the drug only brought in $829 million. While several investigations published in reputable scientific journals have suggested that remdesivir may still be a helpful tool in the clinic, the WHO's stance is no doubt a challenge for future growth of sales.

The above gives some sense of what needs to go right with Merck's molnupiravir to avoid remdesivir's experience. First, it needs to be unambiguously effective at helping people survive and recover from COVID-19. Second, the medication should have its efficacy validated by third parties well in advance of the first sale. Company-published studies do not carry the same weight as those from outside researchers.

Merck's investors may soon be pleased

Merck has one advantage that Gilead didn't, and it's important. Remdesivir is administered as an intravenous infusion while Merck's molnupiravir is given as a pill. That means molnupiravir would require significantly fewer healthcare resources; patients could potentially pick it up at a pharmacy and self-administer at home. So it wouldn't be too surprising if molnupiravir could steal market share from remdesivir.

Further, molnupiravir pills will probably be shelf-stable, which makes them easier to store compared to remdesivir. Healthcare providers need to reconstitute remdesivir from its powdered form before giving it to patients, and the solution only stays fresh for a couple of days with the help of refrigeration. When hospitals need to choose which antiviral to stock, there's a good chance they'll prefer the drug that's effective and requires less labor to administer, giving molnupiravir another potential advantage.

If molnupiravir becomes the go-to COVID-19 treatment, Merck will be sitting on a goldmine. Still, investors may need to wait until 2022 to see any impact on Merck's top line. It plans to produce enough for only 10 million courses of treatment through the end of 2021, and during its international rollout, it'll price the medication based on what countries can pay rather than what margin it wants to maintain.

If soon-to-be-published third party investigations into molnupiravir's efficacy report favorable results, Merck's stock could see a further bump. It's already up more than 10% since molnupiravir's announcement. Until then, I think it's best to hold off from making a hasty purchase.