Across the United States, most Americans are either paying into Social Security or are receiving benefits from it. That's why changes to the program can affect just about every household.

And several of those changes will be occurring in 2022, according to a new announcement from the Social Security Administration. Here are three ways the benefits program will look different after the New Year. 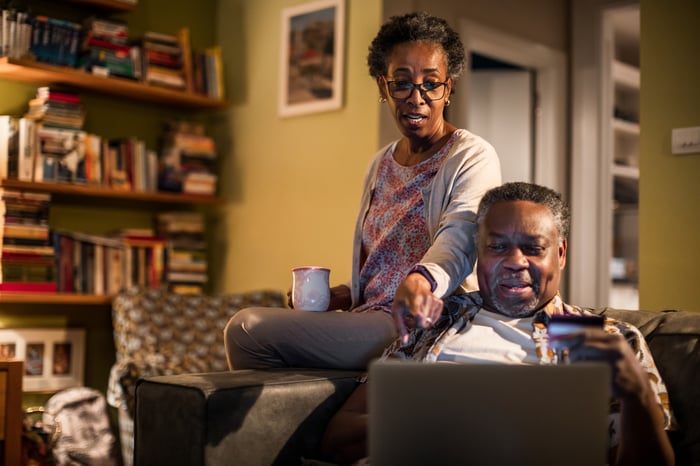 1. Seniors will get larger checks

In most years, retirees receive a cost of living adjustment (COLA) that increases the size of their checks. That will be the case in 2022. In fact, seniors are actually going to get the largest COLA in 40 years and will see a 5.9% benefit boost.

This means the average Social Security benefit among all retired workers will increase from $1,565 in 2021 to $1,657 in 2022. While it's good news that seniors will get this extra money so their benefits don't lose buying power, retirees shouldn't be too excited about it because the increase is so large as a direct result of high inflation.

Retirees must make sure they're budgeting carefully to account for the extra costs they'll incur due to rising prices so they make the most of their larger checks.

Every retiree has a full retirement age (FRA), which will be between 66 and four months and 67 for those reaching FRA next year. If you haven't hit your FRA yet, you still have the option to claim retirement benefits as long as you're at least 62. This would mean reducing your monthly checks, though.

There's a caveat to be aware of if you're getting benefits before FRA. If you work and earn too much on the job, you lose some of your Social Security income. The good news is that one change that's happening next year will allow retirees to earn a little bit more money without their Social Security checks disappearing.

3. Some workers will pay more in Social Security taxes

Most current workers pay Social Security tax on all of the money they earn -- but not everyone does. Some people have earnings above the "wage base" limit, which is the maximum income subject to Social Security tax each year. Any money earned above the wage base limit is neither taxed nor counted when retirement benefits are calculated.

The wage base limit is changing in 2022, which means some high earners will end up being taxed more for Social Security. In 2021, the maximum wage subject to Social Security tax was $142,800, but it's going up to $147,000 in 2022. Since employees pay a 7.65% Social Security tax, this means workers could pay as much as $321.30 in extra taxes. The self-employed pay double that amount since they don't have an employer to pay half their Social Security tax, so could end up paying $642.60 more over the course of the year.

Both current and future retirees need to know about these changes so they are prepared for how their tax bills and benefit checks could be affected.