You've probably found that the best restaurants are frequently off the beaten path. That's true of other things as well. Music venues and vacation spots come to mind. And so do stocks.

Sometimes, the stocks with the greatest prospects are those for which many investors haven't yet recognized their potential. No stock is completely hidden away, of course. However, many of them aren't exactly in the limelight very much.

To be sure, there are less-trumpeted stocks that you shouldn't buy. On the other hand, there are also some hidden gems, relatively speaking. I think that these three under-the-radar stocks are great buys right now. 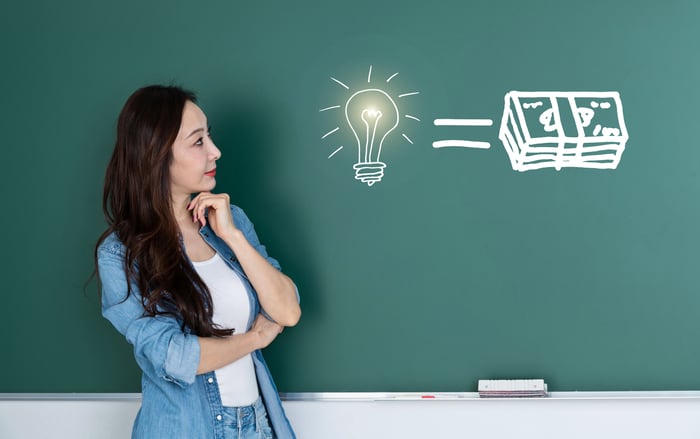 Cresco Labs (OTC:CRLBF) doesn't receive as much attention as it deserves, in my opinion. One reason why is that the stock isn't listed on a major U.S. exchange. Cresco's shares are only available on the over-the-counter (OTC) market in the U.S. That's because the company operates in the cannabis industry. Cannabis remains illegal at the federal level.

Despite this limitation, Cresco's business has boomed in recent years. The company ranks as the top wholesaler of branded cannabis products in the U.S. It reported revenue of $210 million in the second quarter, a year-over-year increase of nearly 123%.

Cresco is growing organically and through acquisitions. The multi-state operator recently added its 38th retail cannabis store nationwide. It also closed the acquisition of Massachusetts-based Cultivate in September.

The company expects to achieve an annualized revenue run rate of $1 billion by the end of this year. With a market cap currently around $2.2 billion, Cresco's valuation is one of the most attractive in the cannabis space.

Some genetic testing companies have been under the spotlight over the past 18 months thanks to the COVID-19 pandemic. DermTech (NASDAQ:DMTK) isn't one of them. However, this is definitely a stock you'll want to check out.

DermTech developed a genomics test that helps diagnose melanoma. This test is 17 times less likely to miss a melanoma diagnosis than the current approach of biopsy and histology. It's significantly less expensive. As an added bonus for patients, no cutting into their skin is required. DermTech's skin genomics testing uses an adhesive patch that's placed on a lesion, removed, and sent to a lab.

This test is already covered under Medicare. DermTech continues to make inroads picking up reimbursement from private payers as well. The company's main focus now is to educate dermatologists on the clear value that its test offers.

DermTech is also developing new genomics tests for diagnosing other types of skin cancer and for assessing skin cancer risk. The company believes that it has an addressable annual market of around $10 billion. DermTech's market cap is only around $900 million right now. This stock could have explosive potential.

Name as many medical insurance companies as you can. I suspect that Trupanion (NASDAQ:TRUP) didn't make the list. But it's actually one of the most promising insurers around.

The twist is that Trupanion provides medical insurance for cats and dogs. At the end of the second quarter, the company's total number of enrolled pets topped 1 million. Its revenue in Q2 jumped 43% year over year to $168.3 million.

Sure, there are other insurers that target the pet market. However, Trupanion is the industry leader. The company's insurance products offer the broadest coverage and arguably the best value for pet owners. Its software enables direct payment to veterinarians within minutes after check out, giving Trupanion another key competitive advantage.

Wall Street analysts think the stock has tremendous upside over the next 12 months. However, I think the real opportunity for Trupanion is over the long term. The market penetration rate for pet insurance in the U.S. is only around 1%. Trupanion's growth opportunity is massive.