Please ensure Javascript is enabled for purposes of website accessibility
Log In Help Join The Motley Fool
Free Article Join Over 1 Million Premium Members And Get More In-Depth Stock Guidance and Research
By Keith Speights – Oct 10, 2021 at 7:31AM

These stocks are down but not out.

Imagine that you have a team of highly paid, highly educated analysts whose sole job is to evaluate stocks. Your analysts even do their best to project what price those stocks could attain over the next 12 months.

Some of your analysts will be more optimistic than others. However, you get to look at an average of their price targets to help you pick stocks that could deliver especially attractive returns over the next year.

The good news is that you don't have to use your imagination at all. Wall Street consensus price targets are readily available for many stocks. Here are three stocks Wall Street thinks will soar 44% to 121% that you'll definitely want to check out. 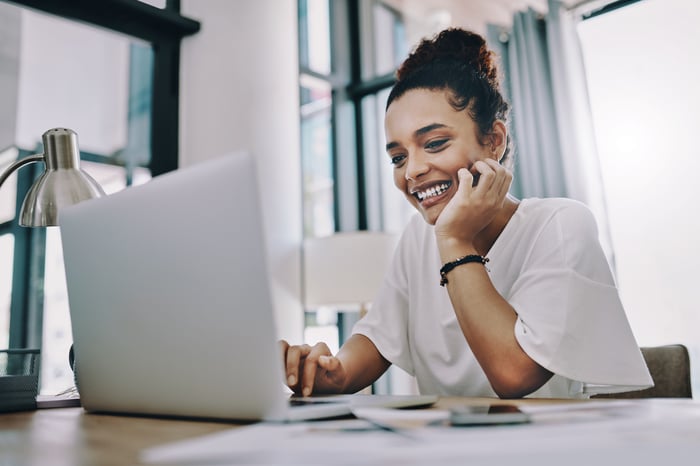 The average analyst's 12-month price target for Trupanion (TRUP -0.06%) reflects a 44% premium to the current share price. And the stock has proven already that it can reach that target level over the last 52 weeks.

Trupanion ranks as the leading provider of medical insurance for cats and dogs in the U.S. and Canada. Its stock hasn't performed very well in recent months, mainly because the company didn't hit Wall Street's earnings estimates and its CEO sold some shares in September.

Investors really don't have anything to worry about on either front, though. Trupanion continues to deliver strong growth, with revenue soaring 43% year over year in the second quarter. And while CEO Darryl Rawlings sold 8,000 shares last month, the sales were made under a previously scheduled Rule 10b5-1 trading plan. Rawlings still owns nearly 1 million shares of Trupanion.

The company's long-term growth prospects remain as strong as ever. Only around 1% of all pets in the U.S. and 2% in Canada are covered by medical insurance. Trupanion doesn't have to increase that market penetration rate by much for its stock to be a huge winner for investors.

Wall Street is even more bullish about Novocure (NVCR -0.70%). The consensus price target represents a potential upside of 56% for the healthcare stock.

Novocure was flying high until July. Investors were disappointed with the company's results from a phase 2 study of its Tumor Treating Fields (TTFields) combined with sorafenib (chemotherapy) in treating advanced liver cancer. They also didn't think much of Novocure's Q2 results announced later in the month.

But the company has plenty of other opportunities with TTFields, which are electric fields that can disrupt tumor cell division. The therapy has already been approved by the U.S. Food and Drug Administration (FDA) in treating brain cancer and mesothelioma. Novocure is evaluating TTFields in late-stage clinical studies targeting several types of cancer, including pancreatic cancer and non-small cell lung cancer -- two huge potential markets.

Analysts have especially lofty sights for Skillz (SKLZ -0.56%). The average 12-month price target is 122% higher than the current share price. The most pessimistic of the analysts surveyed by Refinitiv think that Skillz stock could jump 52% higher.

Like Trupanion and Novocure, Skillz has delivered a dismal stock performance so far this year. But its shares have fallen a lot more than the other two and are now down close to 80% below the highs set in February.

The main problem for Skillz is that its monthly active users count is no longer growing. At the same time, advertising costs are rising, making it more expensive to attract new users. However, the company's recent acquisition of Aarki, which operates a demand-side advertising platform, could help on this front.

Skillz also has other potential near-term growth drivers. It launched a mobile version of the popular old-school arcade game Big Buck Hunter: Marksman. The company is also working with the NFL to pick the winners in a competition to identify new NFL-branded mobile games.

What if the analysts are wrong?

Wall Street analysts can be -- and often are -- wrong. It's possible that none of these three stocks will hit their price targets. That's why you don't want to depend solely on analysts' estimates in choosing which stocks to buy.

Of the three, my view is that Trupanion has the best chance of success. The company's software, which enables quick claim payments for veterinarians, gives it a significant competitive advantage.

However, like Wall Street analysts, I could be wrong, too. There's no substitute for doing your own research before you buy any stock.