Bitcoin at $65,000 and rallies in Ethereum, Solana, and other altcoins could be just the beginning for patient investors.

While the U.S. stock market teeter-totters on the cusp of an all-time high, the cryptocurrency market is erupting

In less than a month, Bitcoin's (BTC -0.95%) price has increased by over $25,000, marking the fastest nominal price rise in Bitcoin's history and an over 50% gain since late September. Bitcoin officially reached $66,930.39 on the afternoon of Oct. 20, its highest price ever.

At first glance, it's easy to say that Bitcoin is expensive because it's a higher price now than just a few weeks ago. But there's reason to believe it's still cheap. When Bitcoin topped $40,000 to mark a new high last spring, it was actually a great time to buy. And when Bitcoin rebounded back to $50,000 off its summer lows, it was yet another great time to buy.

So, what's going on? Why does Bitcoin keep finding a way to go up? This article will help answer those questions, and ultimately help you figure out if buying Bitcoin, albeit at a higher price, is the right decision for you. 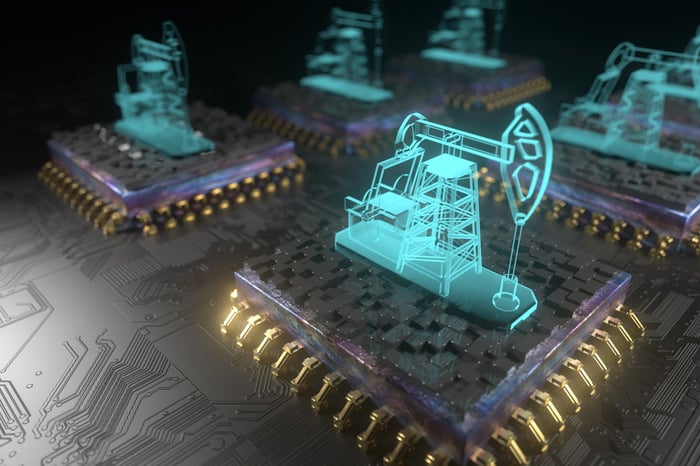 One of the big reasons Bitcoin and other cryptocurrencies have come under fire as of late is the threat of regulation from the Securities and Exchange Commission (SEC). A lot of that risk evaporated once the SEC approved the first U.S. Bitcoin futures exchange traded fund (ETF), which launched on Oct. 19. The watershed moment was a sign that the financial world continues to accept and even embrace Bitcoin. Regulation could limit, slow down, and take away a lot of the fluidity currently present in the crypto market. But it also has the potential to foster a fair and trustworthy environment that better suits risk-averse market participants.

In response to the news, SEC chairman Gary Gensler said: "I think that we in the official sector should be technology-neutral but not policy-neutral. So, what we are trying to do is ensure, to the best we can within our authorities, to bring projects into the investor protection perimeter."

Despite its risks, regulation is seen as a good thing by executives at large exchanges like Coinbase and BlockFi. In an interview with CNBC, OKCoin CEO Hong Fang had the following response to the launch of the ProShares trust Bitcoin strategy ETF:

A lot of institutions that have been sitting on the sidelines and a lot of the skeptics are seeing this as a moment to really think about what their strategy should be. Bitcoin is an asset class you may not want to miss, and there are a lot of risks with missing it. There are also retail customers who are looking at this and wondering whether there are regulatory uncertainties around this. And I think the SEC approving this ETF is a big signal that, at least the U.S. regulators, are not going to ban Bitcoin as an asset class.

While a Bitcoin futures ETF might not be of particular interest to investors who would prefer to simply buy Bitcoin, the bigger picture is that the market is maturing. As Fang said, the advent of cryptocurrency-related funds can increase investor confidence in the asset class.

Several additional Bitcoin futures-based ETFs could launch in the coming months. Similarly, requests for Ethereum (CRYPTO: ETH) ETFs have been submitted as well.

The optimistic view is that this first Bitcoin futures ETF is only the beginning. A few years from now, it wouldn't be surprising to see several financial products, such as futures, options, and other derivatives, offered on a slew of cryptocurrencies.

One of the simplest arguments for buying Bitcoin now is the belief that adoption will increase among both institutional and retail investors. If the norm among institutions flips from skepticism to taking it seriously, companies begin carrying Bitcoin on their balance sheets, and retail investors start incorporating Bitcoin into their investment allocations, then the price has room to run higher. Five or even 10 years from now, it wouldn't be surprising to see cryptocurrency as a viable and widely accepted asset class that is routinely paired with stocks, bonds, real estate, precious metals, and cash.

Is Bitcoin right for you?

The rallies in Bitcoin, Ethereum, and altcoins like Solana have been nothing short of meteoric. Buying Bitcoin at an all-time high can seem counterintuitive, but there are reasons it could be the right decision for you.

Bitcoin serves as the ideal introduction to the cryptocurrency space. As the largest, safest, and most decentralized cryptocurrency, Bitcoin is essentially the equivalent of a blue chip stock like Starbucks or Apple in the sense that it will go up and down with the broader market, but it has recession-proof characteristics.

Investing strategies are valuable, but the psychology of investing is even more important. One of the best ways to get acclimated with cryptocurrency is to buy a small portion now and see how it feels, only investing what you are comfortable losing. If the volatility prevents you from sleeping at night, then maybe it's best to walk away.

Whether you're interested in investing in cryptocurrency or not, the reality is that the conversation will stay around for decades to come. Determining how cryptocurrency fits in with your own investment goals is an important step worth taking before deciding how much Bitcoin you want to buy and when.

Did Goldman Sachs Just Give Bitcoin a Seal of Approval?
420%