The significance of this figure should get shareholders excited.

Chipotle Mexican Grill's (CMG 2.71%) latest quarterly numbers revealed much of the same. The business is still benefiting from strong momentum, thanks to smart changes and solid execution from management over the past 18 months. For investors, one key data point stood out, and it's something management has repeated in the past.

Here's why the number 6,000 is so critical to Chipotle's business. 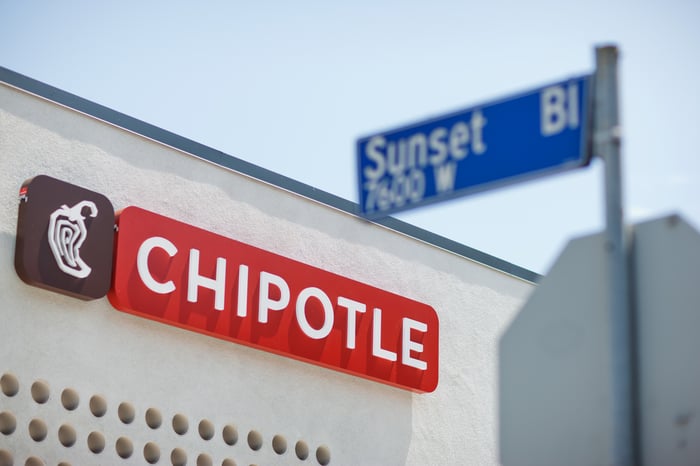 More than doubling its footprint

As of Sept. 30, the fast-casual restaurant chain had 2,892 locations, but leadership has bigger plans. "I believe our current growth drivers have plenty of runway and will be critical to us reaching our longer-term goal of 6,000 restaurants in North America," CEO Brian Niccol highlighted on the third-quarter earnings call with analysts. That's a lot of burritos.

Many of the newer locations are built with a Chipotlane, the company's extremely popular drive-thru option. Upon opening, Chipotlanes provide an immediate boost to new restaurant sales, margins, and returns. By leveraging new store formats, as well as Chipotle's thriving rewards program with 24.5 million members, management believes annual unit volumes (AUVs) can rise from current levels of around $2.5 million.

"I continue to be very optimistic about our ability to get to $3 million-plus AUVs with really, I think, impressive earnings growth behind that," Niccol said. With 6,000 stores and $3 million in sales per location, Chipotle would generate $18 billion in annual revenue. For comparison, trailing-12-month revenue was $7.2 billion.

What happens to the stock price?

I have no idea when this ambitious expansion target will become a reality, but for the sake of simplicity, let's say it takes a decade. That would mean, on average, Chipotle opens roughly 310 net new stores per year, a figure it hasn't reached before. In fact, the most openings in one year, 243, happened in 2016.

Today, Chipotle stock is valued at 30 times its trailing-12-month restaurant-level operating income. The leadership team thinks this margin could eventually reach 28%, meaning the business would produce restaurant-level operating income of approximately $5 billion with 6,000 locations and $3 million AUV in 2031. If we apply today's multiple of 30 to this figure, we get a market capitalization of $150 billion, triple the company's current value. Remember, this forecast requires flawless execution and new store openings at a yearly pace the business has never achieved before.

Trying to figure out what valuation multiple to use 10 years out is anyone's guess, but this is just for illustrative purposes to allow investors to imagine what Chipotle could be worth at that time. The company could execute higher levels of share buybacks and start paying a dividend, which would boost shareholder returns. But according to CFO Jack Hartung, "opening more Chipotles continues to be the best return we can generate."

Of course, this estimate doesn't incorporate Chipotle growing into other markets, particularly in Europe. The company currently has 12 locations in the U.K. and an expansion planned in France. "While we continue to view international expansion as a medium to longer-term opportunity," Niccol said, "I remain quite optimistic about its future contributions to the Chipotle story."

Chipotle has already proven that its model is replicable, scalable, and successful in different store layouts. How well received the business continues to be across the Atlantic will be something investors should keep an eye on. But if the company finds the same level of success abroad, its global store count will likely far exceed 6,000.

Over the long term, this would be an obvious boon for sales, profits, and ultimately, the stock price.