Physical theaters got a welcome infusion of cash and moviegoers in seats, but they're still struggling.

While perhaps not quite as tasty as Bond's famous martini that has been "shaken, not stirred," the latest James Bond film, No Time to Die, still registered solid box office results, giving Cinemark Holdings (CNK 0.08%) a nearly 4% one-day stock market boost. The success comes less than two weeks after Venom: Let There Be Carnage also raked in an unexpectedly large windfall on its opening weekend in the U.S. While this is certainly positive for theater companies like Cinemark, there's still strong reason for caution.

Recent box-office performances seem to show that after months of lockdowns, closures, social distancing, and other COVID-19-related actions, streaming services still haven't quite finished off demand for viewing movies in physical cinemas. Shrugging off the greater convenience of streaming new movies directly into their homes, people crowded into big-screen public venues in October to watch films the traditional way. 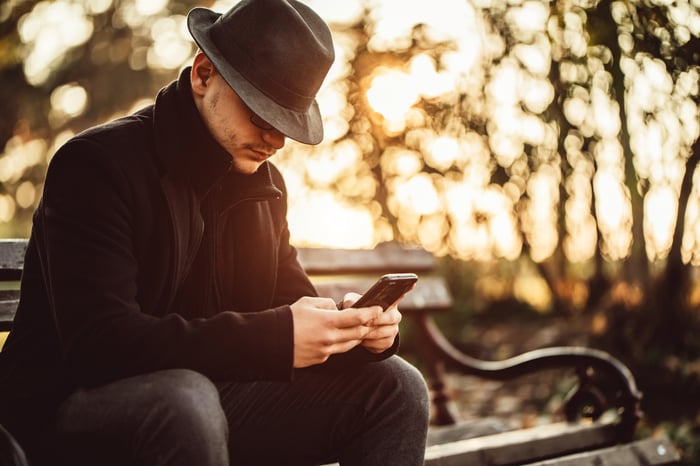 Venom: Let There Be Carnage, the sequel to the 2018 Venom superhero film about a man symbiotically bonded with a wisecracking alien monster, was the first movie in recent weeks to show that cinema isn't quite dead. The film was released exclusively to theaters, making it impossible to view through streaming services on its opening weekend.

Just days prior to the release, Sony Group (SONY -1.00%) had hoped to make $50 million from Carnage's domestic debut. In reality, however, it scooped up $90.1 million, of 12% more than the $80.3 million harvested by the first Venom film. By the second weekend in October, the Venom sequel sold $141.7 million worth of domestic box office tickets, bringing its worldwide total to $185.6 million and drawing audiences from Russia to South America.

The month's other blockbuster film success to date, No Time to Die, the latest in the franchise featuring the firearm-toting, fictional British secret agent James Bond, has raked in more than $300 million globally. In North American cinemas alone, the James Bond film took in a juicy, though not record-breaking, $56 million on its opening weekend. This put it at fourth place in the franchise for opening-weekend, box-office profits. One of 27 total films in the franchise, No Time to Die is in the top 15% for profitability. This figure is somewhat lower than expected but is still an excellent performance after the long COVID-19 cinema drought.

What this means for Cinemark and other theater chains

Shares of Cinemark spiked 5.5% after Venom's opening weekend and jumped again more than 3% following No Time to Die's launch. However, its stock is still trading at approximately half its value before the March 2020 pandemic crash. Struggling theater chain and meme stock AMC Entertainment Holdings (AMC 1.85%) rose almost 6% after the James Bond release while IMAX (IMAX 1.53%) declined slightly in spite of the upbeat results for cinemas.

While the theater-only releases and their relatively big hauls look good for the cinema companies, the situation is far from normal. Film production and releases have suffered major delays from COVID-19. Many major franchises won't be seen in theaters again until spring or summer of next year and longer in some cases. The Batman, the next chapter of Marvel's Doctor Strange, sequels from the John Wick and Top Gun action series, and the next films in the Jurassic World, Indiana Jones, and various superhero franchises are all slated for 2022 or even 2023.

Additionally, some cinema releases have been complete failures despite expectations, making the Venom and James Bond successes appear almost as the exception and not the rule. For example, although the Mafia TV series The Sopranos was immensely popular, a prequel movie based on it, The Many Saints of Newark, earned a mere $5 million on its release several weeks ago. Earlier, science-fiction film Reminiscence garnered only $15 million at the box office, and a lineup of other 2021 movies performed weakly in physical cinemas.

While some potential blockbusters are coming up in 2021, including Dune, the next Ghostbusters film, and the fourth Matrix, there is no guarantee they will perform at the level of Venom or No Time to Die. The major release schedule is also quite thin for the rest of the year.

In light of this reality, it seems premature to be bullish about Cinemark and still less so about AMC Entertainment. Gains appear likely to remain unpredictable and probably lower than pre-pandemic figures, at least until summer 2022. In its latest quarter ended June 30, Cinemark's revenue jumped more than 30-fold to $294.7 million from just $9 million in the same period last year. However, it still registered a net loss of $142.5 million, smaller than Q2 2020's $170.4 million loss but still in negative territory.

At this point, the degree to which the physical theater market recovers to pre-pandemic levels probably won't be solidly apparent until summer 2022. Cinemark is in far better financial condition than AMC Entertainment, and occasional successes like Venom and No Time to Die will help it survive until a stronger rebound occurs. Right now, though, it remains risky until a fuller movie schedule and actual results show how much customers are willing to spend at physical theaters or whether the streaming services will continue to dominate among entertainment stocks.