This is shaping up to be a good week for Sirius XM Holdings (SIRI 0.09%) shareholders. The satellite radio provider announced a 50% hike to its quarterly dividend on Monday. It went on to deliver better-than-expected financial results on Thursday morning.

We're getting back into our cars again, making a premium subscription to satellite radio a more viable indulgence. There are now a record 32 million self-pay subscribers on the platform, up nicely from the 31.4 million accounts it was entertaining just three months ago. With its flagship satellite business growing its reach, its Pandora acquisition taking big steps out of the pandemic, and its full-year outlook rising again, the only real surprise here is that Sirius XM stock is trading lower in 2021. 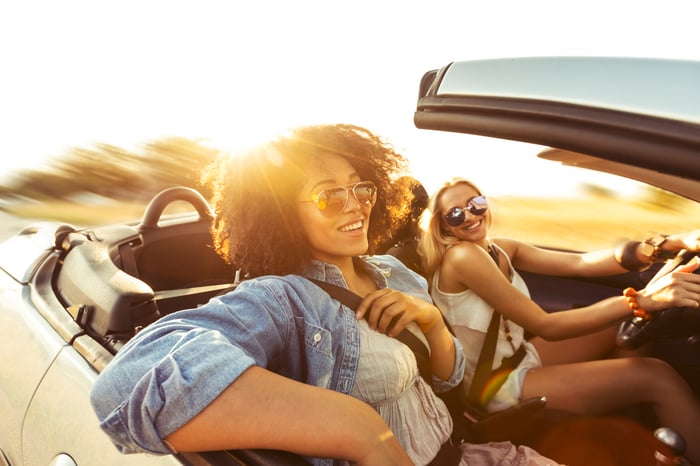 Sirius XM is checking off all of the boxes investors like to see in a quarterly report. Revenue in the third quarter rose 9% to hit $2.2 billion. Wall Street was holding out for a mere 7% advance. A 5% year-over-year increase with its namesake satellite radio business was boosted by a 32% surge in ad revenue for its Pandora streaming service.

Sirius XM isn't firing on all cylinders. Despite the big increase in ad revenue, Pandora's premium subscriptions and total listeners have declined over the past year. Sirius XM's refreshed satellite radio subscriber guidance -- while higher -- calls for a weaker fourth quarter in terms of net new addition than the blowout third quarter it just delivered. It's still hard to argue that Sirius XM isn't in the best shape that it's been in since the pandemic began.

Monday's increased payout matters. Sirius XM initiated a distribution policy in 2016, and it has come through with five consecutive years of hikes. The 50% increase is the largest boost in that plan's history. The new 1.5% yield may not be a dinner bell for income investors chasing higher distributions, but when you pair that up with Sirius XM's aggressive share buybacks in recent years you find a company committed to returning money to its shareholders.

Sirius XM's outlook is being raised across all four metrics it provides, even if some of the increases are basically covering its outperformance in the third quarter.

Sirius XM stock may be moving lower for the second year in a row, but it has established itself as a reliable and profitable media stock. It's using its growing free cash flow to support stock buybacks, debt repurchases, and beefier dividend checks. Slow growth will be the default setting here, but there are things far worse than gradual but predictable growth.