Toymaker Hasbro (NASDAQ:HAS) recently had the unfortunate task of announcing the passing of 58-year-old chairman and CEO Brian Goldner, who had been in the chief executive role since 2008. In a fitting tribute, the company reported third-quarter earnings this week that showed the entertainment division that Mr. Goldner envisioned driving the company forward is starting to do just that.

Under Goldner's leadership, Hasbro pivoted from toys and games into entertainment with the late-2019 $3.8 billion acquisition of children's TV and film producer Entertainment One (eOne). Revenue growth in that segment soared 76% in the third quarter versus the year-ago period. 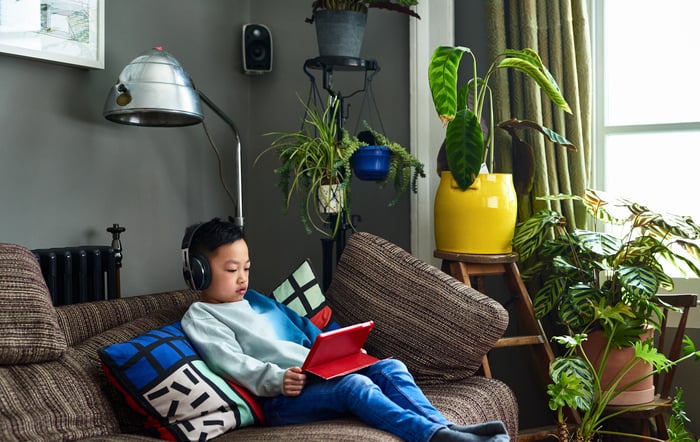 When Hasbro announced the purchase of eOne, Goldner spelled out his vision of adding and integrating those assets into Hasbro's existing portfolio. It was not intended to simply be a bolt-on acquisition. He said at the time, "The addition of eOne accelerates our blueprint strategy by expanding our brand portfolio with eOne's beloved global preschool brands, adding proven TV and film expertise, and creating additional opportunities..." Since that time, the company has created a new entertainment segment, while jettisoning the portion of that business that didn't fit with Hasbro's strategy. Earlier this year, Hasbro sold eOne's music business for $385 million.

The new entertainment segment showed explosive growth in the third quarter, with revenue jumping 76% compared to the prior year period. Looking at it through the perspective of brand category, television/film/entertainment represented more than 13% of total revenue, with year-over-year growth of 58% in the most recent quarter. Goldner's vision is clearly panning out for what was formerly just a toy and board game company.

Revenue growth has certainly been boosted by the growing entertainment segment. Through the first nine months of 2021, revenue has totaled more than $4.4 billion. Compare that to the full-year 2019 revenue of $4.72 billion prior to the acquisition and disruptions from the pandemic.

But the sales growth has also fallen to the bottom line. Third-quarter net earnings grew 15% year-over-year. Even going back before pandemic-impacted 2020, net income has soared. For the first nine months ended Sept. 26, 2021, net earnings came in at $350.5 million. That's 38% higher than the nine-month period two years ago. And earnings are a higher percentage of net revenue, showing the business is growing more profitable.

An entertainment company that pays

It makes sense for Hasbro to integrate its own entertainment property with its existing brands. For example,  the company pointed out in its third-quarter report that the entertainment division transitioned the company's popular My Little Pony brand to film. My Little Pony: A New Generation premiered on Netflix in September.

Hasbro has long partnered with Walt Disney, and now Goldner's leadership has steered the company down a similar path, with brand sales crossing over to entertainment and back.

For investors, that means it's a good time to own a company that pays a dividend yielding about 2.9% at recent share prices, with an outlook for growing profitability. This quarter, Hasbro executives were clearly mourning the premature loss of Goldner as a beloved leader. The results of the period were a fitting tribute to the man and his vision.