Volatility with the video game retailer's stock is centered more on its business this time.

The news was dumped on the market late Friday after the stock exchange had closed for the weekend. 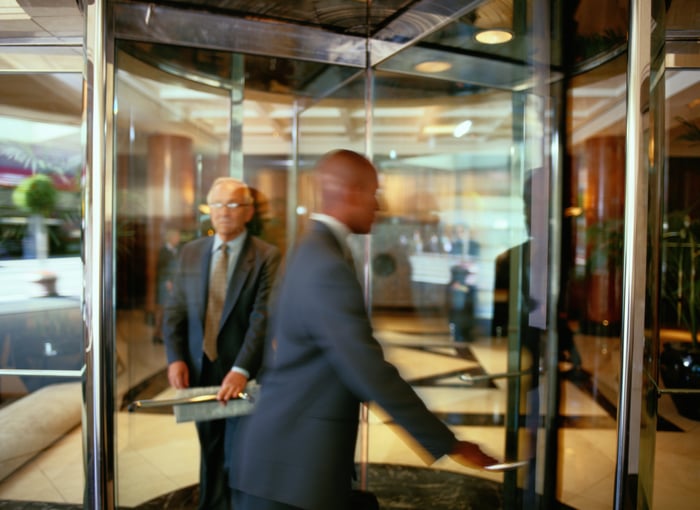 Companies strive for orderly executive transitions, and though a sudden departure of a chief executive officer or chief financial officer might be more worrisome, the loss of the COO isn't a minor transition.

According to a terse filing with the Securities and Exchange Commission, Jenna Owens left the company on Oct. 25 for unspecified reasons. Her responsibilities as COO and executive vice president are going to be assumed by others in the C-suite, so it does not seem like a replacement will be sought out at this time. She had been appointed to the job on March 23.

Reuters reports the "separation agreement" entered into between Owens and GameStop is often used when the executive and a company don't agree, whether on policy or direction.

GameStop investors shrugged off the news, possibly because at this point it was old news, which is often why companies release potentially disruptive news on Friday evenings. It gives investors time to digest the report, or at best, forget about it by the time Monday rolls around.

The video game retailer, of course, has been subject to wild swings in its stock price this year due to the meme stock trading frenzy, so the fact that GameStop's shares are rising on what could be interpreted as "bad" news is not necessarily surprising.

Owens, though, was one of the executives whom chairman Ryan Cohen imported from Amazon in his bid to transform the video game stock into the "Amazon of gaming."