Only one major aircraft manufacturer is recovering from the COVID-19 pandemic right now.

By contrast, Airbus (EADSY -2.59%) continues to outperform its American rival by a wide margin. On Thursday, it reported solid third-quarter results and raised its full-year forecast again.

The recovery has begun in 2021

In 2020, Airbus reported a modest adjusted operating profit of 1.7 billion euros ($2 billion), despite the COVID-19 pandemic. The pandemic had a greater impact on cash flow, as the European plane maker burned 6.9 billion euros ($8 billion).

Entering 2021, the company expected a small increase in earnings (to around 2 billion euros) and a huge improvement in cash flow (to breakeven) this year, with commercial jet deliveries roughly flat around 566 units. Yet results have improved even faster than management expected. 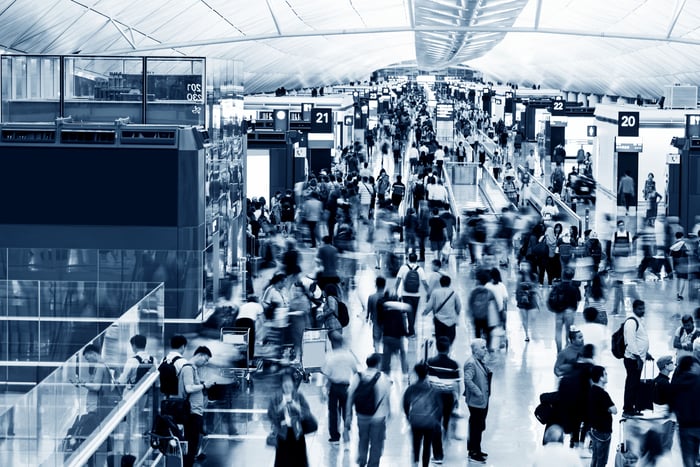 Airbus' pace of aircraft deliveries slowed in the third quarter. The company handed over 127 commercial jets in the period, compared to an average of nearly 150 in the first two quarters. Nevertheless, the company earned an adjusted operating profit of 666 million euros ($773 million). It also generated free cash flow of 209 million euros ($243 million).

For comparison, Boeing delivered just 85 commercial jets in the third quarter. It eked out a tiny adjusted operating profit of $59 million, but free cash flow was negative to the tune of $507 million, even though Boeing received a $1.3 billion tax refund during the period.

Despite the slowdown in deliveries last quarter, Airbus still expects to deliver 600 commercial jets this year. Moreover, it raised its full-year forecasts for operating profit and free cash flow by another 500 million euros ($580 million) each.

In addition to posting consistently better financial results over the past few years, Airbus has a dramatically better balance sheet than Boeing. The European aircraft manufacturer ended the third quarter with a net cash position of 6.7 billion euros ($7.8 billion), whereas Boeing has net debt of $42.4 billion. Nevertheless, Boeing's market cap remains 26% higher than that of its chief rival. 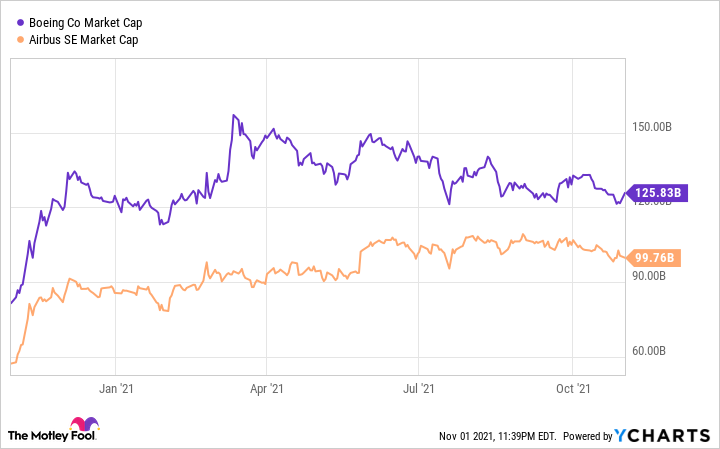 Airbus stock's comparatively poor performance is hard to explain, and it makes the stock an intriguing bargain today. Indeed, in conjunction with its recent earnings report, Airbus said it remains on track to ramp up production of its A320 family to a record pace of 65 per month by 2023. Additionally, the company plans to raise output of each of its other three (lower-volume) aircraft programs by about one aircraft per month by early 2023.

Weak conditions in the wide-body market will likely keep Airbus' wide-body production below the levels of a few years ago for the foreseeable future. However, Airbus' massive backlog of narrow-body orders will help the company reach record total production volumes. Moreover, various efforts to improve efficiency and reduce costs should boost earnings and free cash flow well above pre-pandemic levels.

Airbus stock has already more than doubled since bottoming out in the spring of 2020. But between its planned production growth, margin expansion potential, and strong balance sheet, Airbus could still have plenty of upside for patient investors.