Aterian stock is now down roughly 63% year to date.

Shares of Aterian (ATER -3.55%) slumped 41% in October, according to data from S&P Global Market Intelligence. The e-commerce company had briefly gained favor as a potential short-squeeze candidate, but subsequent financing moves appear to have quickly popped that thesis and spurred big sell-offs. 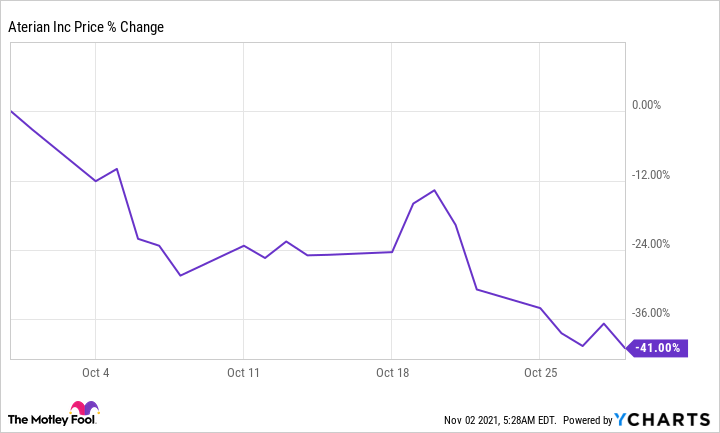 Aterian stock saw some big gains in September as investors flocked to the company as the next potentially explosive short-squeeze candidate. However, soon after, management announced that it had reached an agreement to pay down its debt by issuing new common stock to its lender. The company's share price started sliding after the company announced this move, and the losses continued through October's trading. 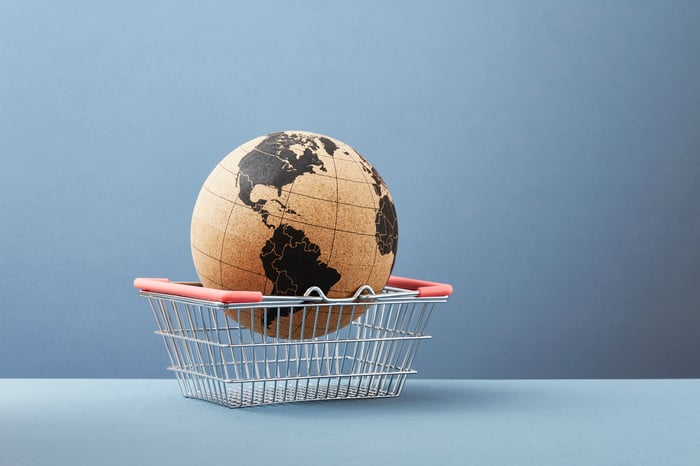 Aterian stock hit a lifetime high of nearly $49 per share in February, but the stock has crashed from that level and now trades down roughly 87% from its record high. The company's core business revolves around identifying products that are receiving high search interest on Amazon's e-commerce marketplace and then providing items in those categories. This is usually done through acquisitions or licensing partnerships with designers and manufacturers.

Supply chain constraints have been particularly hard on businesses that revolve around the sale of off-brand, low-margin goods, and this dynamic has added pressure to Aterian's already struggling business. With the company facing a challenging growth outlook in the near term and shareholders bearing the burden of substantial stock dilution, it's not surprising to see the e-commerce specialist's share price falling now that the short-squeeze thesis appears to have evaporated.

Aterian is set to publish its third-quarter earnings results after the market closes on Nov. 8. The company has been holding off on major mergers and acquisitions (M&A) initiatives due to relatively high freight shipping costs and other supply chain headwinds. Management withdrew forward guidance with the company's last earnings report, but the team indicated that it's looking to get back to making M&A moves once supply chain conditions become more predictable.

The company now has a market capitalization of roughly $304 million and is valued at approximately 1.25 times this year's expected sales. With the meme-stock bloom seemingly off of Aterian's rose, investors should approach the stock with a focus on the core business rather than betting on the potential for additional speculation-driven rallies.

Why Aterian Stock Is Down 11% Today

Why Aterian Stock Is Surging Today

Is Mohawk Group a Bet on the Future of E-commerce?
409%