Shares of plant-based meat company Beyond Meat (NASDAQ:BYND) popped on Wednesday as McDonald's (NYSE:MCD) began selling its new McPlant burger -- made with Beyond Meat's beef substitute -- at select U.S. locations. As of 10:30 a.m. EDT today, Beyond Meat stock was up almost 6%. For its part, McDonald's stock was flat.

On Oct. 14, McDonald's announced that it was going to test its McPlant burger at U.S. locations. Previously it had offered the plant-based burger at international locations. Today, the previously announced launch officially started at locations in at least seven U.S. cities.

Apparently, the McPlant's U.S. launch was enough for investors to cheer Beyond Meat's progressing partnership with the largest restaurant brand in the world. 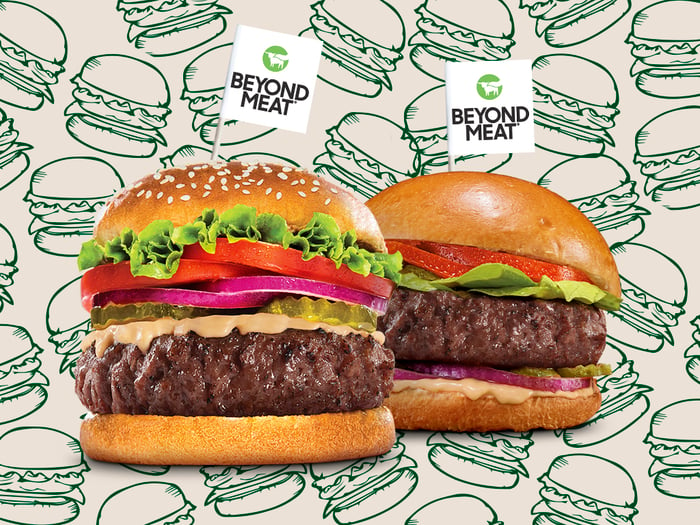 The relationship between Beyond Meat and McDonald's has existed for around a year. Initially, investors were dismayed that McDonald's chose not to co-brand the McPlant with Beyond Meat. The companies co-developed the recipe, and Beyond Meat is the supplier. But the McPlant doesn't bear the Beyond Meat brand in the name, unlike Beyond Meat's previous fast-food partnerships.

The McPlant isn't co-branded, and that does theoretically make it easier for McDonald's to find a different plant-based supplier in the future if it chooses. However, this deal is still quite significant for Beyond Meat. Consider that as an early mover in the space, it's quickly building out economies of scale in manufacturing. If McDonald's rolls out the McPlant nationwide and permanently, it would be a boom to demand for Beyond Meat's plant-based patties, helping further drive down the cost of manufacturing.

This could be particularly important for Beyond Meat in the long term. Many analysts fear that competition will breed a price-cutting war in the plant-based meat space. If that plays out, Beyond Meat can still thrive by manufacturing for a cheaper price than many of its rivals. Within this context, I think the market is right to be excited about the launch of the McPlant today.