Interest in meme stocks of all stripes may have been reignited.

Bed Bath & Beyond (BBBY 92.13%), one of the original meme stocks from earlier this year, surged 27% at the market open after a series of partnerships suggested the home goods retailer might actually be a solid long-term pick. That seems to have ignited renewed interest in other meme stocks, including AMC. 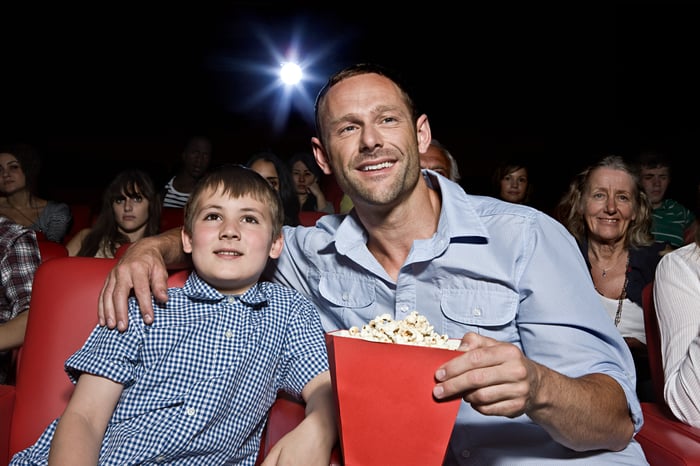 AMC investors have their own reasons for believing in a turnaround. The release of the big-budget film Dune might have convinced movie studio executives just how shortsighted their plans were to undercut theaters by releasing films simultaneously (or exclusively) to movie streaming services. In the process, AMC may have been saved as studios change course.

Films that were released only to theaters this month have performed far better than those that also went to the small screen, indicating studios are losing out on significant amounts of revenue. While they may attract subscribers to the streaming services, they get much more bang for the bucks the films are costing them by having them shown first on the big screen.

Dune was well received by professional reviewers and regular moviegoers alike, but its box office performance was muted because it was also released by Warner Bros. to AT&T's (T -1.26%) HBO Max streaming service.

AMC Entertainment still has to contend with an industry where attendance is steadily declining over time while ticket prices rise. The pandemic created a chaotic situation that is only now getting sorted out, and the risk is that the support movie theaters are receiving now will revert to the mean once the initial enthusiasm for the big-screen experience passes.

The future, though, is still more hopeful for AMC and other operators than it has been for quite some time.