Moderna and Vertex have made a breakthrough in their cystic fibrosis studies.

The past year has been bumpy for Vertex Pharmaceuticals (VRTX -4.25%). I'm not talking about earnings. The company has consistently generated billions of dollars in revenue from its cystic fibrosis (CF) drugs.

The most recent quarter was no exception. Vertex's product revenue climbed 29% to nearly $2 billion. And the company raised its full-year revenue forecast to at least $7.4 billion.

So how is Vertex suffering? The stock has slumped about 30% over the past year after two non-CF candidates failed during clinical trials.

Investors are worried about Vertex's prospects if and when its CF leadership fades. But a partnership with mRNA giant Moderna (MRNA 1.18%) may mean Vertex's CF story is only beginning. Let's take a closer look -- and see whether the project may revive this beaten-down stock. 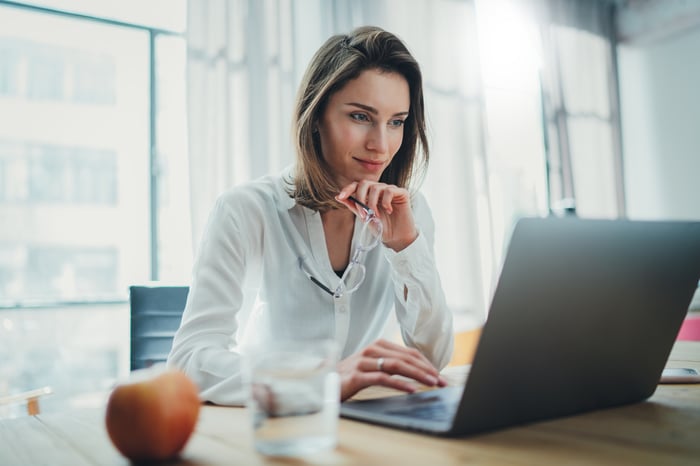 About 90% of CF patients can benefit from Vertex's CFTR modulators. Through the partnership with Moderna, Vertex is focusing on the remaining 10% of patients who can't. These are patients whose bodies don't produce a CFTR protein at all. And here, Vertex's CEO Reshma Kewalramani says the companies have made "a significant breakthrough."

Kewalramani gave an update on the program during Vertex's earnings call this week. Vertex and Moderna are working on an mRNA approach to treating this patient population. The challenge for Vertex (and rivals exploring this method) has been delivering the mRNA to the right cells.

This is where the breakthrough comes in. Vertex and Moderna have proven their ability to deliver the mRNA to human bronchial epithelial cells in vitro -- and achieve CFTR function. The companies also have restored CFTR function in nonhuman primates through the delivery of mRNA.

The next step? The companies aim to start clinical trials next year.

This could be big for Vertex for two reasons. First, it would allow Vertex to treat a new patient group. That results in additional revenue.

Beyond that, the impact may be even more significant because the program highlights a new expertise: the use of mRNA to treat CF. Even without this new path, Vertex expected to hold leadership of the global CF market though at least the late 2030s. But if Vertex and Moderna make it to the finish line first with mRNA to tackle this life-threatening genetic disease, we could imagine that leadership lasting even longer.

So let's get back to my original question: Could this program with Moderna boost Vertex stock?

Gains probably won't be immediate. Vertex has reported promising clinical-trial news regarding its gene-editing for blood disorders candidate and a type 1 diabetes candidate -- but they haven't resulted in major increases for the stock. I haven't lost hope in this biotech player, though. I think the Moderna partnership and these other programs progressively will lift Vertex shares.

It will just take time. Vertex has offered us clues that it's not likely to lose CF leadership any time soon. And it's also given us reason to believe it can expand into other therapeutic areas.

The fact that two non-CF candidates failed in trials doesn't mean all is lost. That's just a normal part of drug development. Some candidates will fail.

What's an investor to do? If you're interested in the Vertex story, now may make a good entry point. The stock is trading at only 14 times forward earnings estimates. That's a bargain considering the company's revenue and profit level today -- and its future prospects. And if you already own Vertex shares, you may want to stick around. The best may be yet to come.