That downgrade wasn't surprising, since iQiyi had already lost more than 60% of its value over the past 12 months and was trading at just $9 a share before UBS withdrew its bullish recommendation.

But should investors still consider buying this beaten-down stock which trades at just 1.4 times this year's sales? 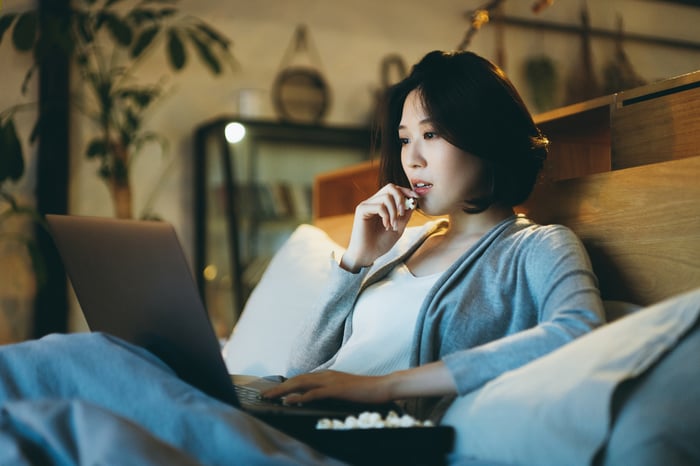 Whatever happened to the "Netflix of China"?

When Baidu (NASDAQ:BIDU) spun off iQiyi in an IPO in March 2018, many analysts dubbed it the "Netflix (NASDAQ:NFLX) of China." But today, iQiyi trades about 50% below its initial public offering (IPO) price of $18.

Four major problems caused that downfall. First, iQiyi's growth in revenue and subscribers slowed down significantly after its public debut:

Second, iQiyi remained deeply unprofitable as it relied heavily on free trials and discounted memberships to gain subscribers. It narrowed its operating and net losses in 2020, but those improvements were mainly attributed to a temporary shortage of new licensed and original content during the pandemic.

For the full year, analysts expect iQiyi's revenue to rise 5% to 31.1 billion yuan ($4.86 billion) and for its net loss to narrow to 6.1 billion yuan ($957 million). Those results look dismal compared to Netflix's projection for 19% revenue growth and 76% earnings per share (EPS) growth this year.

Third, iQiyi diluted its shares with secondary offerings while taking on a lot more debt. Between the second quarters of 2018 and 2021, iQiyi's total number of weighted average shares jumped from 4.93 billion to 5.57 billion, while its debt-to-equity ratio skyrocketed from 0.7 to 5.0. By comparison, Netflix ended its latest quarter with a debt-to-equity ratio of 1.8.

Lastly, China's crackdown on its top tech companies is weighing down the entire sector. The country's antitrust regulators will likely prevent Baidu from pursuing its rumored plan to sell its stake in iQiyi to Tencent or Alibaba, while new data privacy rules could affect how iQiyi handles its viewers' data.

Tighter censorship rules could also prevent iQiyi from streaming more overseas content, as we recently saw in the ban on Netflix's hit series Squid Game from being licensed to China's domestic streaming platforms.

Investors should always take analysts' upgrades and downgrades with a grain of salt, but UBS' downgrade of iQiyi -- which Liu attributed to competitive pressure and tighter regulations -- was long overdue and indicates the analyst wasn't paying much attention as the stock was cut in half this year.

iQiyi's problems surfaced more than two years ago, and investors who hoped it would become the "Netflix of China" were repeatedly burned by its sluggish subscriber growth, ugly losses, ongoing share dilution, and soaring debt levels.

I told investors to avoid iQiyi shortly after its disappointing IPO, I repeated that warning last December when it priced a new convertible debt and stock offering, and I think its business model is still broken. Investors who are interested in a solid streaming stock should simply stick with Netflix instead.