Shares of Builders Firstsource (NYSE:BLDR), which provides building products and services to the professional construction market, rose by as much as 13% in the first 90 minutes or so of trading on Thursday. By 11 a.m. EDT, the stock was still holding onto a roughly 11% gain. The big news was the company's third-quarter earnings release, which it delivered before the market opened.

Digging deeper into the numbers, net sales increased by 62.7% year over year, adjusting for acquisitions. Gross profit increased by just over 100%. And adjusted EBITDA increased by nearly 245%. 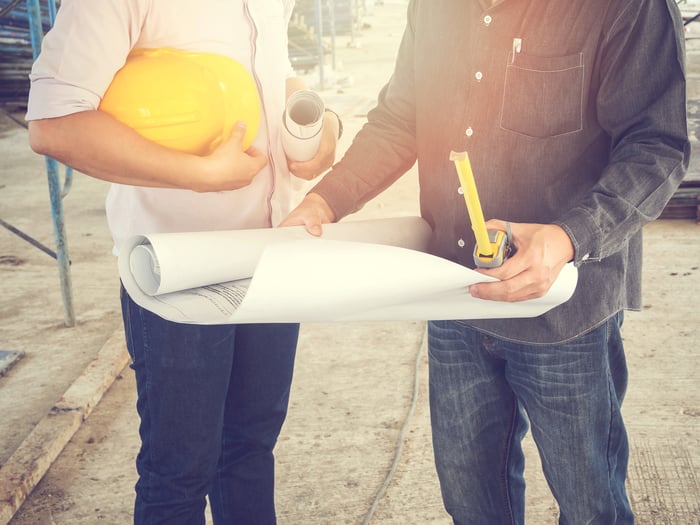 To be fair, commodity inflation was a notable tailwind for Builders Firstsource, boosting sales by nearly 39%. However, core organic sales increased 16.1%, which is still a pretty compelling number. In addition, management trimmed costs -- its sales, general and administrative expenses dropped by 3 percentage points. That helped push its adjusted EBITDA margin to 17.7%, an increase of more than 9 percentage points year over year. Free cash flow came in at $1.1 billion, a portion of which was used to buy back stock and fund bolt-on acquisitions.

Builders Firstsource is firing on all cylinders right now. That's true even in the face of rising commodity prices, which it has clearly been able to pass on to its customers. Investor enthusiasm Thursday appears well justified. And as long as the construction space remains hot and the company executes well, the rest of the year looks like it will be pretty good, too.