The video game giant is making the news for all the wrong reasons again.

Back in late July, Activision Blizzard (ATVI 0.17%) made headlines for all the wrong reasons after California's Department of Fair Employment and Housing (DEFH) sued the video game maker over allegations of sexual harassment and discrimination against its female employees.

The lawsuit sparked a massive employee walkout, a class-action lawsuit from investors, and major management changes. CEO Bobby Kotick also asked the board to reduce his salary to the lowest possible level until the company's harassment and discrimination issues were fully resolved. 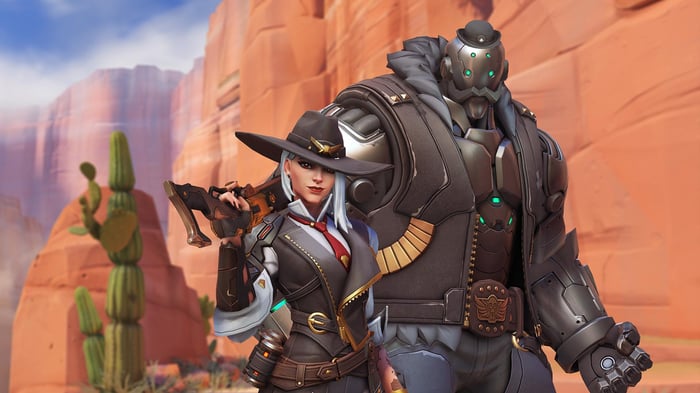 But on Wednesday, Activision Blizzard's stock plunged 14% to a new 52-week low after three unsettling developments: It followed up its stable third-quarter earnings report with weak guidance for the fourth quarter, revealed that Blizzard Entertainment would delay two of its most eagerly anticipated games, and announced that one of Blizzard's newly appointed leaders, Jen Oneal, would be leaving after just three months on the job.

Did investors overreact to that triple whammy of bad news, or was Activision Blizzard's sell-off justified? Let's dig deeper to find out.

How bad was Activision Blizzard's guidance?

Activision Blizzard, like many other video game publishers, is facing tough comparisons to the pandemic-induced surge in gaming last year.

But despite those challenges, its revenue still rose 6% year over year to $2.07 billion in the third quarter. Its net bookings, which analysts track instead of revenue, grew 6% to $1.88 billion and matched Wall Street's expectations.

Analysts had expected its net bookings to dip 4% in the fourth quarter and rise 4% for the full year. During the conference call, CFO Armin Zerza said the company was maintaining a "prudent" view for the holiday quarter.

Activision Blizzard's fourth-quarter guidance was weak, but the real shock came when the company announced that two of Blizzard's most eagerly anticipated sequels -- Overwatch 2 and Diablo 4 -- would be delayed.

Many gamers had expected both sequels to arrive next year, but Zerza doused those hopes during the call by saying the company would give Blizzard's developers "the extra time they need to deliver the experiences that their communities deserve," and that it was no longer expecting a "material contribution" from either game to its sales in 2022.

COO Daniel Alegre also blamed that slowdown on the "departure of a number of individuals," "increased competition in the market for our talent," and "higher voluntary turnover" rates across the company.

That loss of talent was likely related to the unresolved harassment lawsuit, which primarily targeted the "frat boy" culture at Blizzard instead of the company's two other main studios, Activision and King. Blizzard launches new games at a much slower rate than Activision, but it's been nine years since Diablo 3's launch and five years since Overwatch arrived.

Instead of launching annual updates for its core franchises, as Activision does with Call of Duty, Blizzard relied heavily on its recurring revenue from its flagship online role-playing game, World of Warcraft, which initially launched in 2004 and was repeatedly updated with expansion packs.

However, World of Warcraft has lost its momentum since peaking at 12 million subscribers in 2010, and Blizzard ended the third quarter with just 26 million monthly active users (MAUs) across all of its games -- giving it a much smaller audience than Activision or King:

Therefore, Blizzard looks like the weakest link. Its revenue rose 20% year over year in the third quarter, but most of its growth came from a remastered version of Diablo 2, which launched in 2000, instead of brand new games.

In the past, Activision Blizzard likely allowed Blizzard to develop new games at a snail's pace because World of Warcraft generated stable revenue and its other top franchises -- including Diablo and Overwatch -- had dedicated fan bases who would return for every new sequel.

But the harassment scandal is now tarnishing Blizzard's public image, causing its employees to leave, and delaying its top games. Those challenges indicate Blizzard could become a dead weight on the company's growth next year.

The abrupt departure of Jen Oneal, who joined Mike Ybarra to replace J. Allen Brack as the new co-leaders of Blizzard in early August, indicates the storm hasn't passed.

Activision Blizzard isn't doomed yet -- it can still generate plenty of revenue from Activision's Call of Duty franchise and King's Candy Crush mobile games -- but Blizzard faces a long uphill battle before it can become one of the company's core growth engines again. Activision's stock might seem cheap right now at 19 times forward earnings, but its post-earnings plunge was justified, and its valuations could remain depressed for the foreseeable future.