Shares of Tesla (TSLA 0.91%) have soared 60% in the last month, and that momentum continued today. The stock is up another 1.7% as of 2:10 p.m. EDT. The surge in the stock comes even as the framework of President Biden's Build Back Better bill only includes incentives for buying electric vehicles (EVs) at unionized shops, which wouldn't include Tesla.

But Elon Musk has been on Twitter recently stressing that Tesla's EV business has much more demand than production capacity already. That, in itself, is a good problem to have. Some investors may also be looking beyond EV sales for growth in Tesla, too. And as it is currently written, the Build Back Better legislation could help Tesla grow in its areas of focus beyond just electric cars. 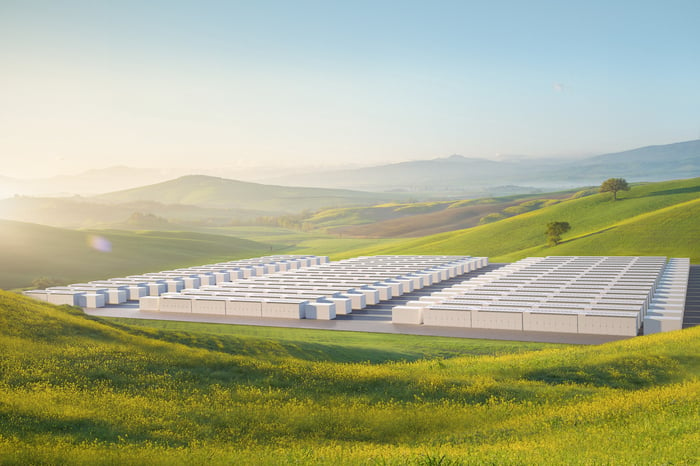 It may not get as much press, but Tesla also sells solar panels, solar roofs, and battery storage systems. And the company's energy business should contribute more to Tesla's growth going forward. In its recently reported third-quarter financial report, Tesla reported that its solar power and solar storage deployments grew 46% and 71%, respectively, year over year.

If Biden's agenda does get passed, it could provide incentives that drive further growth in Tesla's energy business. The bill calls for rebates for "qualified electrification projects." Those include home and multi-family building rebate programs as well as energy efficiency and renewable energy projects that "may include a combined heat and power, microgrid, or energy storage component."

While most investors focus on Tesla's growth in electric-vehicle sales, its energy business is already expanding, and if a bill calling for federal incentives passes, that growth could accelerate. That might also be a reason why Tesla shares continue to have upward momentum.