Both have strong brands, but one gets the nod.

It is always difficult to choose between two high-quality companies. Ideally, you might like to purchase both. Yet, frequently investing comes down to where to put your hard-earned money.

However, both offer investors solid long-term growth prospects. The question is: Which one is the better investment right now? 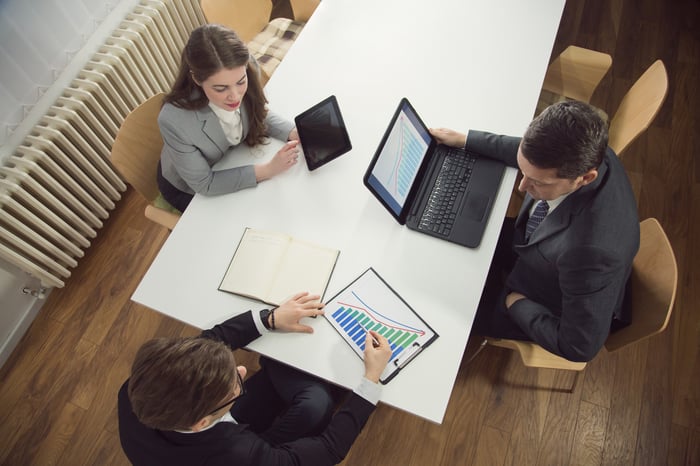 Investors clearly didn't like Starbucks' latest quarterly earnings report. Following the late-October release, they sent the stock down by 6% to about $106. The issue stemmed from higher costs that will likely continue weighing on near-term profitability.

In the latest quarter, Starbucks' operating margin under U.S. generally accepted accounting principles (GAAP) more than doubled to 18.2%. But for next year, management expects a 17% margin, largely due to higher wages. While this is below its 18% to 19% long-term target, I believe this will prove temporary.

That's because Starbucks continues to post strong sales growth. That will help the company increase prices and leverage expenses.

Starbucks' quarterly revenue rose by 31% to $8.1 billion, driven by new restaurant openings and a 17% increase in same-store sales. For fiscal 2022, management expects a high single-digit percentage increase in comps and to open 2,000 restaurants, mostly outside of the U.S. It anticipates these will lead to revenue of $32.5 billion to $33 billion,

In short, demand for Starbucks' products, which took a pause during the pandemic due to store closures, remains strong.

Disney's shares have fallen this year due to concerns about slowing growth at Disney+, its streaming service. As it grew by leaps and bounds during the pandemic, I'm not concerned.

After all, Disney+ had 116 million paid subscribers at the start of July 2021, compared to 103.6 million in April. This is also more than double the 57.5 million from a year ago.

While it may not have the supersonic growth of the past, Disney+ is still adding subscribers at a nice pace. What's more, Disney is far more than a streaming service. Its vast media empire includes parks, movies, several television networks, and retail stores.

This helps the company produce strong results, even if one part of the business slows. For instance, this year saw the return of live sports that helped its ESPN network, and theme parks reopened. Its quarterly revenue grew by 45% to $17 billion year over year.

With popular media properties, such as a stable of Marvel characters and movies, the future looks bright for Disney. That's because it has highly recognized and well-regarded brands that have proven their staying power. Management has strengthened its position, including buying Twenty-First Century Fox a couple of years ago, which added television networks, Marvel characters, and provided a controlling interest in the streaming service Hulu.

After examining both companies, both have strong brands that attract a lot of people. For me, the edge goes to Starbucks, since it has increased dividends since 2010, including during the pandemic. It's nice to receive the income, and it's a positive sign that management and the board of directors have confidence in the future.

Unfortunately, Disney suspended its dividend last year. While that's certainly understandable given the uncertainty created by the pandemic, it does give a leg up to Starbucks, which saw fit to increase payments.