With new top dogs, it's time to update the infamous acronym.

In 2013 Mad Money's Jim Cramer casually launched one of the more widely adopted business mnemonics in history, describing the Four Horsemen of Big Tech by the acronym FANG.

These companies were Facebook, Amazon.com (AMZN -8.43%), Netflix (NFLX -0.27%) and Google. Almost immediately the weakness in this appellation became clear:

And hey! Microsoft (MSFT -2.36%) is really not as dead as people thought it would be! OK. How about FAANG+M? FANMAG?

(Actually, Microsoft is very not dead, as at $2.5 trillion it is the largest public company in the world not named Saudi Aramco and has outperformed all of the other FAANGs.)

Welp, turns out Google wants to change its name to Alphabet (GOOG -3.29%) (GOOGL -2.75%). OK, that gets awkward. On the Motley Fool Morning Show, we renamed the whole agglomeration of big cap tech "FANAMA." Try and say that without hearing David Lee Roth's voice. 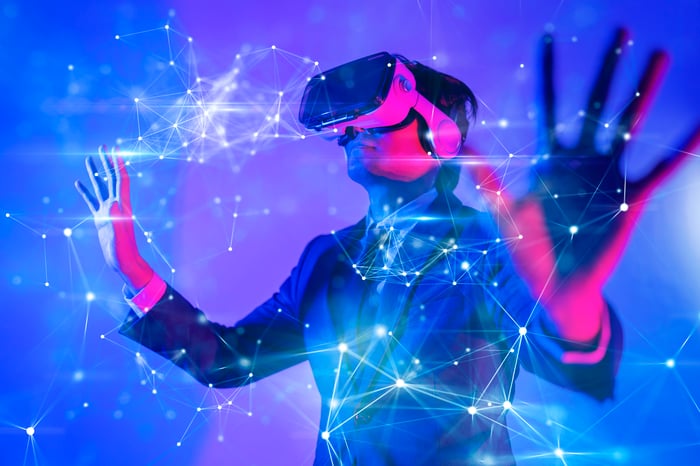 And then, this last week, Facebook changed its name to Meta Platforms (META -1.19%). I was rooting for them to change it to Sugar Mountain, but no dice. All of this means that we can keep trying to shoehorn FAANG into some new acronym (Cramer decided to go with MAMAA, which, I mean...I guess.), or we can rethink this whole thing.

And fear not, for the Morning Show team have done just that. We thought about the most influential consumer technology companies, and we came up with a list of eight.

Which spells out the incredibly great acronym MANAMANA. Go ahead, go listen to the song. We'll be right here.

In fact, I'd go so far as to say that as goes MANAMANA (doo doo de doo doo), so goes the US economy.

Now, I know what you're saying right now. Adobe? Really? Yes, absolutely. For one, there is this: 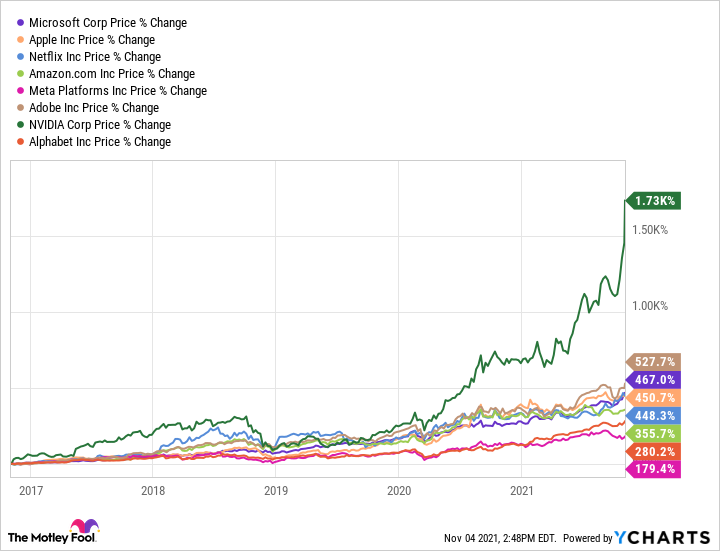 Adobe shares have outperformed every FANAMA company, and only trails Nvidia in MANAMANA. But perhaps more importantly, Adobe was at the forefront of of a sales model in the tech industry that is now commonplace to the point of cliché: Software as a Service. In 2012 Adobe changed its business model from buy-release-upgrade for Acrobat, Photoshop and inDesign to one where users paid a subscription and as a result got consistent upgrades to the most recent versions. This was a revolutionary move, and not only has it worked out quite satisfactorily for Adobe and its shareholders, but for thousands of other tech and non-tech companies. It is in all ways a societally important company.

With MANAMANA we capture an enormous swath of the American technology industry. With the addition of Adobe and Nvidia, this bellwether gains exposure to two segments of the technology that FANG, FAANG, FANAMA and MAMAA miss: creation and publication, and the power behind graphics processing units. These are massively important, growing segments of technology, and Nvidia and Adobe are without question the leaders.

And ultimately that's the point of a bellwether -- to serve as a proxy to track something larger. FAANG was a great placeholder for American large cap technology for the better part of a decade.