Growth, value, or anything in between, Nelnet stock fits the mold.

Every investor's situation is unique. Whether they're young or old, growth-oriented or value-oriented, risk-tolerant or risk-averse, investors tend to differ on the types of companies they like to own. Occasionally, a company will come along that possesses the right blend of characteristics required to fit into any of these investing buckets. In this instance, it's Nelnet (NNI 0.30%).

Despite operating in a quiet and non-promotional manner, this $3.2 billion Nebraska-based conglomerate owns an impressive mix of businesses that should excite any investor. Let's find out a bit more about this under-the-radar company and why it is worth considering for your investment portfolio. 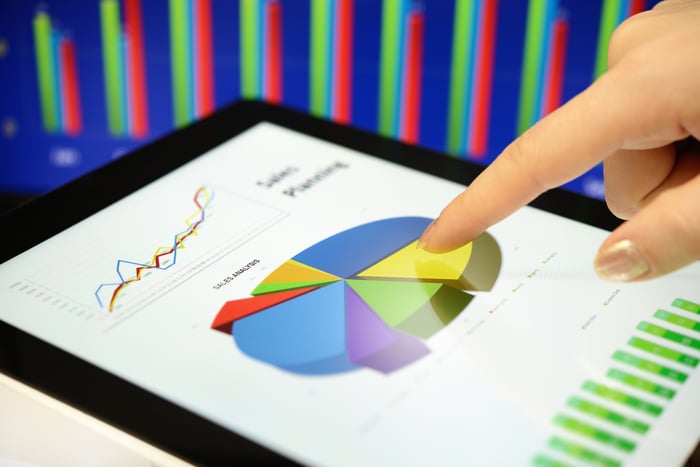 Before diving into just how much cash the company generates, it's probably best to provide some background information.

For a significant portion of the company's history, Nelnet originated student loans through the Federal Family Education Loan Program (FFELP). Under this program, 98% of the principal and interest payments were guaranteed by the federal government, which made it a particularly attractive area for lenders. The steady income from this business segment helped the company generate consistent and reliable cash flow.

Unfortunately for Nelnet and other student loan originators, in 2010, the government decided to take this program back in-house, leaving those respective lenders with large piles of outstanding loans that were still required to be paid back. The company effectively just maintains the loans it currently manages until they are paid off without originating any new student loans.

Today, Nelnet refers to this portion of its business as Asset Generation and Management (AGM), and it projects that AGM will still generate roughly $1.6 billion in cash flow between now and the end of 2026. But as this loan book continues to slowly close out, management's focus is on redeploying the cash it's still generating into other opportunities.

A dose of growth

One of those faster-growing areas is its collection of software and payments solutions known as Nelnet Business Services (NBS).

NBS today consists of nine different subsidiaries primarily focused on providing technology for the education sector. These offerings range from administrative and developmental software to tuition plans and payments processing. Between all these different tools, NBS serves more than 11,000 K-12 schools and more than 1,200 colleges and universities.

Over the last 12 months, Nelnet generated $311 million in revenue from this segment and grew that revenue figure by 17% organically in the most recent quarter -- 29% including acquisitions. NBS also provides consistent profits for the company thanks to its net profit margin of about 17%.

But it isn't just NBS that should have growth-oriented investors excited. Nelnet also owns a significant stake in a private company called Hudl. Hudl is a comprehensive video analytics platform for sports of all kinds and provides services to more than 180,000 teams. Though it got its start in the high school football market, today it serves more than 40 different sports worldwide, thanks partly to its recent acquisitions of Wyscout and Krossover, which provide video analysis tools for professional soccer and high school basketball.

While it's difficult to gauge how much the company's stake in Hudl is truly worth, Nelnet just participated in another private funding round accompanied by popular private investment firm Bain Capital. As a result of this equity raise, Nelnet was forced to increase its carrying value for Hudl on its balance sheet by $51 million. With additional VC firms now piling in, it wouldn't be too crazy to assume that Hudl could join the public markets in the not-too-distant future.

While Nelnet's actual business prospects look quite intriguing in their own right, the company is also headed by some remarkable capital allocators. Since 2004, Nelnet has compounded its book value (total assets minus total liabilities) per share by 17.3% a year -- far outpacing the growth of the S&P 500.

Though management certainly likes to invest in its existing business, it also uses capital to reward shareholders in the form of dividends or buybacks. The company currently issues a quarterly dividend of $0.22 per share, which equates to a current annual dividend yield of roughly 1%.

While the company's share repurchases aren't quite as regimented, management will buy back its own stock opportunistically. For example, in August, when family members of a past executive planned to sell their roughly 1% stake in the company, Nelnet stepped in and bought the entire chunk of shares in a private transaction. By repurchasing these shares, management increases shareholders' claim to the company's earnings.

Whether it's through new business lines, dividends, or share repurchases, Nelnet and its management team continue to show the ability and propensity to generate value on behalf of its shareholders.

The stock is currently trading near all-time highs, but it still only has a trailing price-to-earnings ratio of 6.3. That goes a long way to explaining the low yield on the dividend and it also suggests this stock is undervalued, especially as this company grows more into its conglomerate moniker.

1 Wildly Undervalued Conglomerate to Buy in 2023

Why Nelnet Stock Jumped 10.6% in November

Nelnet: A Baby Berkshire Hathaway That Deserves to Be in Your Portfolio Today

2 Fintech Stocks Worth Considering for Your Portfolio