It's more of a guideline, really.

When the largest Islamic organization in Indonesia, the largest Islamic country, makes a ruling, it tends to make headlines. Following a "bahtsul masail," or non-binding legal discussion, the East Java branch of the Nahdlatul Ulama determined on Oct. 24, that cryptocurrency is haram, or forbidden, for members of the faith. Investors unfamiliar with these types of discussions and rulings may find themselves wondering, or even a bit skittish about, how such a ruling could impact crypto futures.

According to the NU branch's chairman: "The participants of the bahtsul masail have the view that although the government recognises cryptocurrency as a commodity, it cannot be legalised under Islamic Sharia law." The argument favored by the lead clerics of the branch is that cryptocurrency does not offer anything that fiat currency does not currently provide, and it introduces a host of concerns regarding legality with the potential to undermine local government currency. 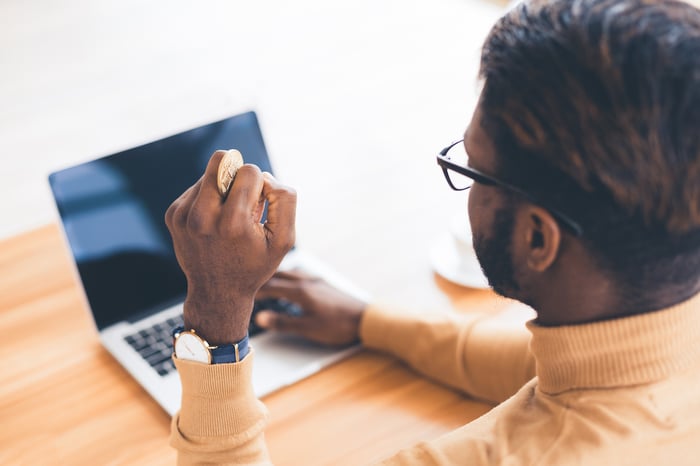 The end of crypto in Indonesia?

This might sound like the closing bell for crypto in a country where as much as 25% of local citizens follow the NU's interpretation of Islam, but a fatwa isn't a criminal or civil judgement. It's a guideline for right action and belief for those in the faith. Much like Jewish followers and the consumption of pork, or Catholics eating beef on Lent Fridays, it's not always an imperative. Indeed, fatwas have been issued against buffets, chess, and women approaching bananas.

Hold onto your crypto wallet, because the ruling is not a reason to panic. Cryptocurrencies have delivered massive returns over the past few years despite challenges in almost every nation and even an outright ban in China, where many cryptocurrencies and exchanges got their start. That ban led to a quick global drop in Bitcoin and other cryptocurrency values before crypto's recent resurgence.

With Indonesia's Minister of Trade coming out in opposition to a Chinese-style ban on cryptocurrency in the last month, it doesn't appear crypto is going away anytime soon in the island nation. Even the NU recognizes that Bitcoin, Etherium, and Dogecoin are assets that may be possessed by Indonesians. The heated debate in the case seems to revolve around their acceptance for transactions, instead of as an investment tool.

Cause for concern outside the "Emerald of the Equator?"

One of the biggest fears facing crypto investors worldwide is that such a ruling could lead to a landslide of opposition to cryptocurrency. Islam is the world's second-largest religion, with almost 25% of the planet's population following some form of its tenets. Fatwas across the globe could lead to massive sell-offs.

If key players in nations as large and connected as Indonesia and Muslim-led Egypt were to pull out of crypto markets entirely, it could create a major devaluation of Bitcoin, Etherium, and other highly traded and globally recognized cryptocurrencies. Such a move could lead to fear, uncertainty, and doubt in the continued growth of cryptocurrencies as a whole. In a worst-case scenario, the speculation that previously helped drive crypto's market success could erode, driving prices down sharply and leaving crypto proponents holding the bag.

At this time, it doesn't seem like the other Islamic organizations in Indonesia have any interest in following suit with similar rulings, however. While the East Java regional board does carry much weight in the organization, it is not the country's only voice on matters of righteous acts and religious matters, and this particular matter seems far from settled. Egypt has actually increased its number of Bitcoin transactions in recent years, despite a similar fatwa against Bitcoin in 2018.

No clear threat to crypto futures

Indonesia may introduce stricter regulations on cryptocurrency in the future, but for now, the news seems unlikely to make much of an impact at all, except perhaps to the private practitioners of Islam under the NU who may be holding, mining or otherwise engaged in crypto practices. Cryptocurrency remains a volatile, high-risk investment choice, but one that has delivered high returns in its short history, and can be a useful tool for those with the risk tolerance to use it.

Fool contributor Nicholas Robbins holds no financial position in any investments mentioned here. The Motley Fool has a disclosure policy.

Why Shiba Inu, Cardano, and Fantom Are Ripping Higher Today
401%