Big tech is also a big owner of commercial real estate. There are opportunities around them for individual investors, too.

These companies dominate the digital world through streaming, cloud computing, social networks, e-commerce, and more. But they're also major owners and leasers of physical real estate, including offices, data centers, and distribution centers.

Reonomy, a commercial real estate (CRE) analysis firm that lays claim to a database of 50 million properties around the country, said in mid-October that Alphabet has the most properties with the highest total assessed value at 343 and $10.6 billion, respectively.

Amazon, meanwhile, has the most total square footage at 24.2 million, a figure that's growing quickly. Midway through 2021, the company had doubled its warehouse and transportation network over the previous 18 months. 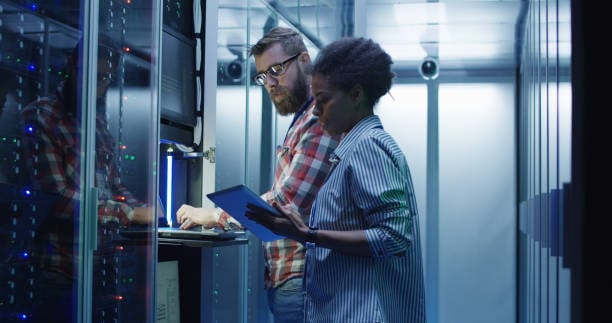 Amazon is opening facilities by the hundreds

In 2021 alone, Amazon had opened more than 250 new facilities -- from massive fulfillment and sorting centers to regional air hubs to delivery stations -- by mid-September. And in April, Warehouse Automation reported that nine of the 10 largest projects under construction were either by or for Amazon.

Amazon is not just an owner of these logistics properties but also a major tenant for companies that include some of the largest real estate investment trusts, such as Prologis, helping make the industrial segment one of the hottest in the real estate business right now.

Amazon also has massive office campuses -- including in and around Seattle; the new HQ2 in Arlington, Virginia; and an operations center underway in Nashville, Tennessee.

With its forays into brick-and-mortar, it's not surprising that Amazon also has the highest percentage of retail properties in its CRE portfolio. Reonomy puts it at 6%, with the lion's share there taken up by the company's 65 Whole Foods stores.

By contrast, Apple's share is only 0.7%, Reonomy says. The company has a substantial physical presence, of course, but those are primarily small-footprint spaces the big tech firm leases instead of owns.

Amazon is not alone in putting its massive pile of cash to work buying real estate. While it has bought 14 properties so far this year, according to Reonomy, Alphabet has actually bought 15, and Apple and Facebook follow at seven each.

Some of those purchases have been blockbusters. For instance, Google announced in September it would plunk down $2.1 billion for a 1.3 million square foot waterfront office building in Manhattan, which The Wall Street Journal said was the most paid for a single office building during the ongoing pandemic that has hit office-space use so hard.

Reonomy did point out that while Apple's most visible chunk of real estate is the 176-acre Apple Park -- home to its futuristic headquarters donut in Cupertino, California -- its largest project right now may be in the Silicon Prairie of Iowa, where the company is set to build

Did Amazon Fail at Physical Retail?

Amazon's Getting Into Physical Clothing Retail. Is That Bad News for Malls?

This 3.2%-Yielding Office REIT Is Benefiting from Amazon's Growth