Streaming-content enabler Roku (ROKU -0.70%) is the most popular TV-operating platform in the U.S. The company is setting its sights on international markets, and its most recent earnings report shows progress on that front.

Management sees a massive opportunity worldwide with 1 billion households that have a broadband connection. Let's dig into Roku's third-quarter earnings to assess the steps it's taking to reach a larger audience. 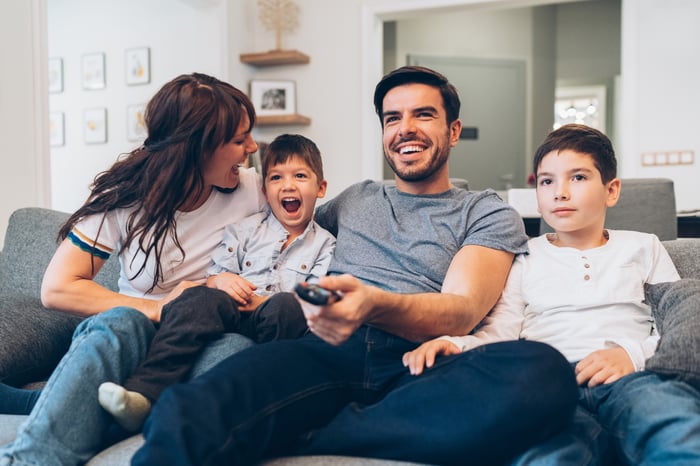 Roku management's estimate of 1 billion broadband households is a massive opportunity that could provide several years of growth from the third quarter's 56.4 million accounts. The company got a significant boost in new accounts since the pandemic onset as hundreds of millions of folks were cautious about leaving their homes. That spurred demand for in-home entertainment options where Roku was a prime beneficiary.

I find it encouraging that engagement and customer acquisition stays resilient even as the world is making progress in its battle against COVID-19. To spur further account growth, Roku launched in Germany during Q3 and now has more than 2,000 channels, including apps from local and global providers. What's more, Roku is planning to launch in Chile and Peru later this year.

Recently, CEO Anthony Wood discussed Roku's international strategy, which is essentially the same as the one it has used here:

As mentioned earlier, Roku has become the top-licensed TV platform in the U.S. Its method of acquiring new customers has proven to be successful, so why change it when going overseas?

Despite making progress on its path to reaching a larger audience, Roku saw its stock tank more than 8% on the day following its Q3 earnings announcement. The company pointed out that supply chain disruptions would slow its growth in the near term and also decrease its profit margins.

Investors focusing on the near-term issues and selling Roku stock are providing an opportunity for longer-term investors to buy Roku stock at a lower price. The stock is not cheap, trading at a price-to-sales ratio of 17, but considering the massive opportunity ahead of it and the recent sell-off, it may be worth adding Roku to your list of stocks to buy.