Please ensure Javascript is enabled for purposes of website accessibility
Log In Help Join The Motley Fool
Free Article Join Over 1 Million Premium Members And Get More In-Depth Stock Guidance and Research
By Adria Cimino - Nov 8, 2021 at 6:00AM

One stock may climb now. The other may post gains in the future.

Moderna (MRNA 3.23%) has outpaced Novavax (NVAX 10.11%) in just about every area this year. The company launched its coronavirus vaccine worldwide -- and has generated billions of dollars in revenue and profit. Moderna shares have climbed more than 126% year to date. The Novavax story has been quite different. The company fell behind on regulatory submissions. And investors still are waiting for a potential vaccine launch. So, it's no surprise the stock has gained much less than that of Moderna. It's climbed about 42% this year.

And then came both companies' third-quarter earnings reports. Moderna disappointed investors when profit and revenue missed analysts' forecasts -- and as it lowered guidance for 2021 vaccine revenue. Novavax's news was brighter. The company submitted regulatory requests for its vaccine candidate to several countries and seems back on track toward commercialization. Does this mean it's time to buy Novavax and avoid Moderna? Not so fast. Let's take a closer look at both to see which may be a better buy after the recent earnings reports. 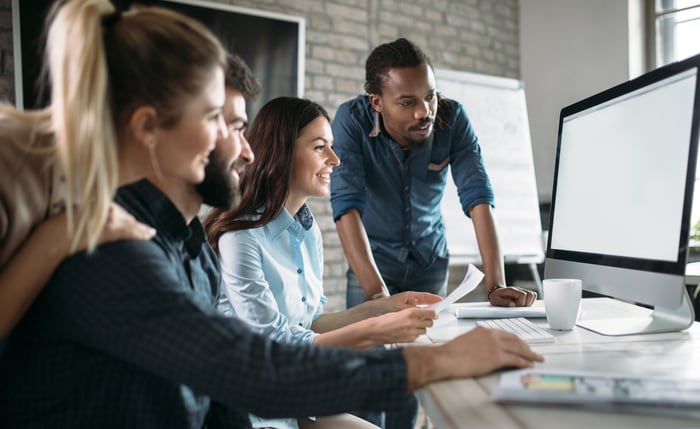 A few days ago, I wrote about why Moderna's lowered guidance wasn't exactly disastrous. It's all about the timing of vaccine delivery. Through the end of the year, the company is prioritizing doses to lower-income countries. And they pay less.

Looking ahead, Moderna may have a promising future in a post-pandemic world. The company is studying three strain-specific booster candidates in phase 2 trials. And it eventually aims to develop a combined flu/coronavirus/allergy shot. This could be an ideal way to keep a large portion of the population coming back annually for a jab. Of course, we don't know if these efforts will bring in as much in revenue as the vaccine during the pandemic. But even if they don't, the revenue level still could be significant.

At the same time, Moderna's pipeline is flourishing. It includes 37 programs across many therapeutic areas. The company recently launched a pivotal phase 3 study for its cytomegalovirus (CMV) vaccine candidate. CMV is a common virus that is especially harmful to unborn babies and individuals with a weakened immune system. The peak annual vaccine market could be as high as $5 billion. And Moderna has the fuel to power along its pipeline. The company's cash level reached $15.3 billion at the end of the third quarter.

Novavax missed out on the big initial coronavirus vaccine market. Especially in the U.S. The country bought enough Pfizer and Moderna doses to vaccinate everyone. But Novavax could play a more significant role internationally. For example, the company recently signed a deal to supply as many as 200 million doses to the European Union. Some countries in the region have hesitated to vaccinate with the Johnson & Johnson and AstraZeneca vaccines. That's after reports of rare blood clots. So Novavax may claim some of that market share.

Novavax recently applied for authorization in the U.K., the European Union, Australia, Canada, New Zealand, India, and the Philippines. The company reiterated that it will complete its submission in the U.S. by the end of the year. And Novavax just won its first authorization -- in Indonesia. All of this means revenue could start flowing in soon.

There's also reason to be optimistic about Novavax's role in the coronavirus market of tomorrow. The company is leader from a timeline perspective in the development of a combined flu/coronavirus vaccine. Novavax has completed enrollment in a phase 1/2 study of its candidate. The company expects to report data in the first half of next year.

Both stocks are attractive from a valuation standpoint. After a 32% two-day drop following its earnings report, Moderna's shares traded at less than nine times forward earnings. That's down from a peak of 16. Novavax shares slipped 18% during the past two trading sessions, following other vaccine makers lower. Considering earnings estimates for Novavax, the stock right now trades at 4.9 times forward earnings.

But as for which to buy, it depends on your investment horizon. Novavax has more near-term catalysts than Moderna. Authorizations and initial product sales could lift the shares over the next few months. At the same time, Moderna shares may suffer on any indication of weaker sales in a post-pandemic world. Investors expect a lot of Moderna after this year's billion-dollar quarters. And as we've seen, they're quick to sanction any disappointment.

In the coming months, Novavax may be the better bet. But for the longer term, I prefer Moderna. The depth of its pipeline across multiple disease areas is the reason for my enthusiasm. Even if coronavirus vaccine revenue eventually stagnates or declines, Moderna has plenty of other programs that could lead to more blockbusters down the road.