The company stands to benefit handsomely from the latest major piece of federal legislation.

The U.S. House of Representatives was the body directly responsible for infrastructure specialist MasTec's (MTZ 0.23%) more than 6% share price pop on Monday. The House's long-anticipated passing of the infrastructure bill is an obvious plus for the company, and the bull case for the stock was supported by a pair of analyst price-target increases.

Late Friday night, after weeks of occasionally bitter intra-Democratic party bickering, the House finally passed the bill. It currently has a price tag of $555 billion, but in the grand tradition of big federal spending packages, that number is sure to rise as the initiative rolls out. 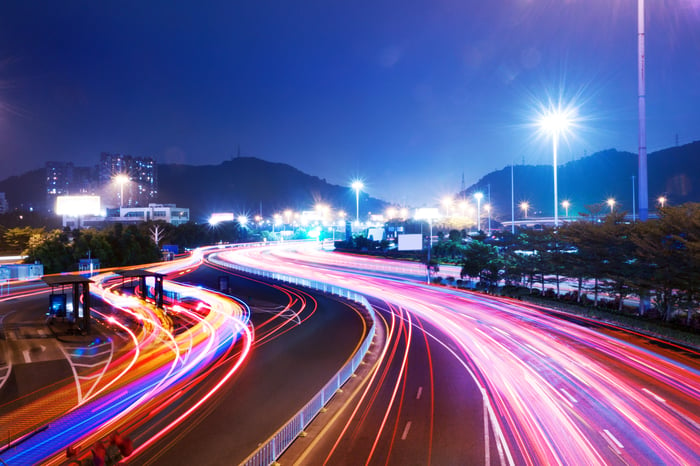 Infrastructure isn't the only card in MasTec's deck, but it's an important one. In 2020, that category plus clean energy (a priority for the Biden administration) drew $1.5 billion in revenue for the company, which earned more than $6.3 billion on the top line that year. So a big lift in government spending has the potential to boost the company's take nicely, assuming it can capture at least some of the work resulting from the bill.

At least, analysts tracking MasTec stock believe so. On Monday, two of them raised their price targets on the shares. B. Riley's (RILY -5.03%) Alex Rygiel's new target is $118 per share, up from the previous $111. Meanwhile, Craig-Hallum's more bullish Christian Schwab now feels MasTec is worth $139; formerly, he had set a level of $128. Both prognosticators are maintaining their buy recommendations.

MasTec seems to have momentum both behind and ahead of it. Last Thursday, the company notched convincing beats in both revenue and per-share earnings in its third quarter, and raised its full-year profitability guidance (although it should be noted that it shaved its revenue forecast). Said profitability guidance is comfortably above the average analyst estimate for the period.